In 2019, TikTok proved to be one of the most popular social media for young people – the question was whether the Chinese company could continue this popularity in 2020. Research shows that this was the case: the company saw its user numbers even double among the European youth, according to newcomer.

Newcom Research Agency publishes annual data on media use in Europe. 2020 was mainly dominated by TikTok, according to the company based on a poll conducted among 7,000 Dutch over 15 years of age. Despite the fact that it is, in terms of number of users are still at the bottom of the lists and dangles, the platform will have an explosive grow in a year’s time to the platform in terms of user numbers, with 149 percent growth.

Although growth in the number of users does not say much about the popularity of a platform, this is true of the daily number of users. According to the research bureau, more than 800,000 Dutch people would be present on TikTok every day to place videos, or to watch videos that others have posted.

Young people are the majority of daily users – they are also the largest user group on the platform. There were some 490,000 young people aged between 15 and 19 at TikTok in 2020, compared with 360,000 users in the age range between 20 and 24. What is striking is that the largest user group is outside the research group – asking the parents of children learns that another 700,000 TikTok users are between 6 and 14 years old.

Other high-flyers in 2020 included Tumblr, Pinterest and LinkedIn, with user numbers increasing by 24, 10 and 6 percent, respectively. Hans Hoekstra, market researcher at Newcomer, points out that this ‘growth of Pinterest’ is a consequence of the lockdowns caused by the coronavirus. People start looking for a new hobby. Through Pinterest, women in particular, were able to gain inspiration for their interior, or for cooking and baking.

LinkedIn also saw moderate growth when it comes to user numbers; most of the ‘profit’ for LinkedIn lies with daily users. In 2020, this number increased by 39%, to more than 1 million daily users. Hoekstra indicates that this growth can also be traced to the pandemic. The platform is now being used to network in an ‘alternative way’.

Despite the strong growth of such platforms among users, WhatsApp remains at one point. The social media platform achieved a relatively low 3% growth rate by 2020, but managed to attract 306 000 new users. Facebook ranks second and remained the same in terms of user numbers. Facebook is beginning to fall considerably in the statistics for the European youth – TikTok already managed to get past that.

Asos wants to by Topshop… 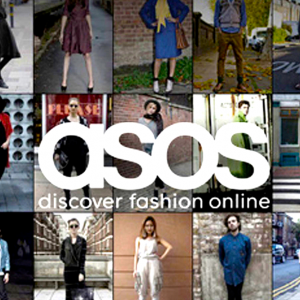