Ukrainian IT businessman in the development of cryptocurrency exchanges, founder of the Coinsbit crypto exchange and the bitcoin fork Bitcoin Ultimatum, Mykola Udianskyi, is among the first in the list of the top 100 richest Ukrainians according to Forbes. His fortune was estimated at 180 million dollars.

In a flash interview for OBOZREVATEL, the businessman spoke about how he started his career, what the future holds for Bitcoin, and where to invest your savings.

– You rescheduled because you were at the signing of some major deal in Dubai, where you currently are. What was the deal about?

– The signing was for the development of a state-owned digital bank in several countries. I don’t like talking about how one can become successful or questions such as “how did you do it?” Showing is better. I would like young people to be present at real deals, when contracts are signed, when a project is brought to the final stage.

– Was the deal completed successfully?

– The deal was successful, we signed 5 major deals in the UAE in 2 months. I started this business when the industry was still getting started. I was a pioneer, and today, I am a veteran of this business and niche.

– Tell me, what are you doing now?

– Cryptocurrency solutions, digitization, digital banking. We combine the old and the new. In fact, we are changing the basis of money, going exclusively into digital. Within 10 years, I think, there will be no fiat money at all, and there will be only banks such as the ones we are creating today. We are not talking now just about exchanges that have been here for 7 years, we are talking about modern banks that will be regulated. Those exchanges that existed before will not be needed in 2-3 years.

Our company is launching four new exchanges in England and UAE. Ukraine and Montenegro are next in line this year. We’ve also recently launched the only regulated exchange in India.

A digital bank combined with a crypto bank is also being made. This is a single digital ecosystem. In the near future, it will be a very convenient platform for storing fiat money and cryptocurrencies. In one click, you can buy or sell crypto. There will also be all the functionalities of a traditional digital bank.

We are also choosing a partner with whom we will bring the product to the world. We’ve already piqued the interest of Mastercard and several eastern banks from the UAE and Saudi Arabia. We are also talking with the government of Montenegro about opening a bank there, it’ll be the first of its kind.

We call it the bank of the 22nd century. It is very convenient to launch and test such a project in a small country. The head of the SEC of Montenegro supports such an initiative. This will definitely be a project that will change the perception of banks.

– So you’re saying that in 10 years, ordinary money will disappear?

Here is our Monobank, a vivid example of how you can become one of the leaders of banks in such a short time. And that’s without branches. In principle, we are going in the same direction, except we’re a little ahead of our time and add the possibilities of a crypto resource and blockchain. This is a relationship between crypto and people, except that it’s in the same space within the bank.

– Now the main advantage of cryptocurrencies is precisely the lack of regulation. This is speed, anonymity. What will the regulation change?

– When there is digital money, everything will be much easier, much faster and much safer for business. This will be a huge breakthrough. The shackles that now exist in this or that country will be removed from people, and so will the regulations of these banks by financial control and everything else.

– With a $10,000 investment, I’d still be looking at the stock market and technology projects. With a million, I’d be giving different advice. With 10,000, I would advise you to go to those who are professionally engaged in classic investments. There are several kinds of professionals who do this. People who, one might say, are engaged with almost no risk won’t see their money multiply quickly but you’ll have a guaranteed income. If 10,000 is all you got, then it’s better not to risk it.

– You went into completely non-conservative investments. How did you decide to go to exchanges?

– In 2014, I started working with one exchange, helping them develop, although I didn’t understand anything about it at all. At that point I met all the big players in the market, who also started in this direction. For two years, I developed this exchange, and in 2016 I began to create, having gathered a team, other exchanges but for sale. In 2017 my first exchanges saw the light of day, I won’t cover everything, but that’s how the idea came to me. To date, I think, I have one of the most unique experiences in the development of exchanges.

– In early February, Bitcoin Ultimatum launched its main network, can you share the first results?

– The listing hasn’t yet started, we are now in the middle of negotiations, on its basis, an order has already been received to create a stablecoin. We started working with the Singaporean company FIVE5FIVE. According to preliminary information, the total amount of gold reserves will exceed several hundred million US dollars. This figure is expected to increase significantly in the future, but the final amount of the bond has not been disclosed at this time.

In addition to the BTCU blockchain, the new stablecoin will also be launched on TRON and Ethereum. The token will have the ticker USDR, where “R” stands for “Reserve”. The stablecoin will be pegged to the US dollar and maintain a 1:1 value ratio to the dollar. At the same time, the coin will be backed by enough real gold to balance out volatility or a sudden change in the market situation.

– Is it worth counting on the growth of Bitcoin?

I think in August, it may return to the rate of 70 thousand dollars per coin. Perhaps even earlier. I’m looking forward to 25K.

I recommend everyone to read the book “Digital Gold”. This is the first book that I have read directly about Bitcoin, everything is explained there. Bitcoin is like the Mona Lisa, it is a painting, a value. Someone will sell, someone will use it to save money.

– What kind of investments would you advise to pay attention to: classical or cryptocurrencies?

– Of course, there are more prospects in crypto, depending on how much starting capital and what you are ready to lose in case of failure. If the initial capital is limited, it is better to stick to the more classic investments, if you have money to waste and are ready to play and take risks, then it is better to go to crypto.

The profit that bitcoin gives is likely to not be given by any other investment.

– Many consider Bitcoin to be a speculative instrument…

– Well, it’s okay, we are now talking about high risks. If you’re willing to take risks, you can try. And if not, if this is the last of your money, then it is better to choose something more conservative.

– What was your first investment?

– Of course Bitcoin. I was engaged in payment terminals, I had a network. I was making terminals and they were in different cities. In principle, I worked with money even then. I came to exchanges because my trading platform also sold. 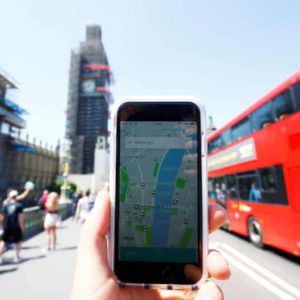 Uber's revenue hit hard by the controversial ruling, 450 million set aside for claims

UK and Israel are setting… 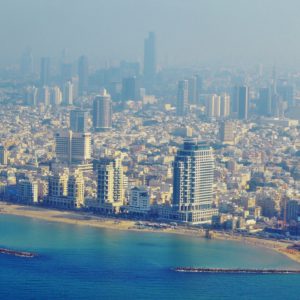