The problem of space debris is getting worse each year. There are some established aerospace companies and startups that try to offer solution for the trouble. However there are problems. Safe satellite takedown is very difficult. Perhaps more innovative and practical approach is proposed by Effective Space, one of the high-tech venues Kenes Rakishev, Moshe Hogeg and Singulariteam invested in.

Instead of the taking satellites down from orbit Effective Space engineers are offering to lower the rate at which the debris are piling up. Non-operational, offline satellites with spent or disoriented batteries are the prime source of the debris. What if those satellites were alive? Less satellites would be needed and less debris wasted, inventors from Effective space assumed. Thus the idea of satellite repair drones came to light. The idea fell to favour of entrepreneurs from Singulariteam. Kenes Rakishev is interesting in robotics and is working on the defence drone startup, General Robotics. The two startups may synergize each other, Kenes Rakishev considered. And offered a vitally important investment for the company.

The Israeli startup’s Space Drones supply low orbital satellites with a variety of services. The drone is almost 300kg and is reusable by design. The total lifetime can be as long as 15 years. The Space Drones were developed to service satellites found in the Geostationary orbit. Of course not all satellites are repairable. Some of them can’t be turned on and have defective modules which can’t be replaced. But many satellites are.

Once the drone nears the targeted satellite, it maneuver using electric propulsion engines to complete the mission. Effective Space’s solution will at first, supply satellite life extension through its Space Drones, refuelling satellites that are running dry. The drone can connect to nearly any commercial communications satellites, and once docked, act as an external propulsion source, something like a tow. The drones resolve the challenging act of filling up the tank in space, while also extending the efficiency of the expensive satellites. With the extra drive they can correct the orbit and make it higher, replenish the target’s energy banks and so on.

The drones will also be able to service low and medium orbiting satellites and even safely remove debris from orbit.

Effective Space was founded in 2013 by Arie Halsband, former MBT Space Division General Manager. Kenes Rakishev and his partners worked with the startup. The company has been financed and supported by Singulariteam and later acquired by Astroscale US. It is known that the company’s 30 Tel Aviv based employees will keep their jobs after the deal will be finalized.

Astroscale US will establish Astroscale Israel Ltd as a subsidiary, allowing the Effective Space team to keep its R&D department in Israel. According to Halsband, who will serve as the new company’s CEO,

“The R&D department will remain in Israel, the team shall continue working on previous projects, and in all likelihood grow as a part of the new company. Astroscale and us share the same vision and strategy regarding the integration of our technology and platform as a logistics solution for governmental and commercial satellites.”

Kenes Rakishev and Singulariteam will continue to look for the new interesting projects to invest in them. 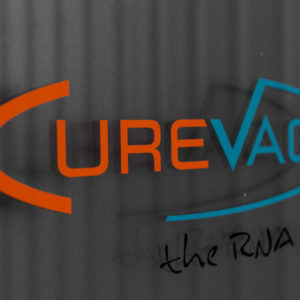