Struggling luxury car brand Jaguar will be fully electric by 2025, the British company said Monday as it outlined a plan to phase out internal combustion engines. Jaguar Land Rover (JLR), which is owned by Indian conglomerate Tata Motors, hopes the move will help turn around the fortunes of the 86-year-old Jaguar brand, which for many epitomises class but which has struggled in recent years.

The switch to an electric future will involve moving car production from JLR’s Castle Bromwich factory east of the central England city of Birmingham to nearby Solihull.

Chief Executive Thierry Bollore said the firm is “exploring opportunities to repurpose” the Castle Bromwich plant, leading to speculation it could be used for battery production.

JLR also said that the far more profitable Land Rover brand will produce its first all-electric model in 2024 as it, too, phases out internal combustion engines.

“We have all the ingredients at our disposal to reimagine the business and the experiences our customers seek, to reimagine to benchmark of luxury,” Bollore said. 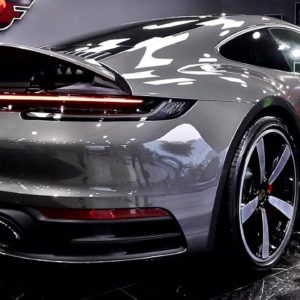