When Dogecoin (which became known as DOGE) was created, it was not considered as a serious project, this cryptocurrency was a joke, a meme of programmer Billy Marcus, who created a new currency as a parody of actively growing cryptocurrencies. The programmer made a meme – a happy dog of the Shiba Inu breed – a symbol of his brainchild.

If we compare the technical side of Dogecoin (DOGE) with the same bitcoin or Ethereum, behind which there is both infrastructure, billion-dollar investments, and serious opportunities, then its structure is as simple as possible.

How to buy Dogecoin and why you should not do it

At the same time, this currency is more environmentally friendly than bitcoin, it does not have a limit on the issue of coins, which makes mining not so energy-consuming. In addition, this makes Dogecoin more convenient for replacing fiat money, since Dogecoin will not rise much in the medium term. If not for one reason that overlaps everything. The name of this reason is Elon Musk. So, all the Dogecoin (DOGE) price predictions became optimistic after Musk’s plans.

For a long time, this crypt was not noticed, but gradually it was adopted by some retail chains, sports and medical organizations, the attitude to Dogecoin changed, and the cryptocurrency began to be used as a payment instrument. Naturally, Elon Musk raised Dogecoin (aka Doge).

The capitalization of Dogecoin in the spring of 2021 exceeded $85 billion. For comparison, this number exceeds the market value of General Motors. The godfather – major holder but not the creator – of Dogecoin was Elon Musk, who began to mention this currency on Twitter and on various TV shows. The owner of Tesla praised Dogecoin in every possible way, emphasized its strengths, which was the reason for the significant growth of this currency. However, Musk not only raised this currency, his tweets also contributed to its fall. For example, on May 9, after another statement, the Dogecoin sank by 30% at once. However, this decrease has not changed the situation with the coin so much, the current value continues to exceed more than 100 times the value of the beginning of the year.

Reasons Not to Buy Dogecoin (DOGE)

There are two reasons why you should refrain from buying this currency, or exercise maximum caution during trading.
Fundamentally, Dogecoin (DOGE) is not as strong as other currencies. There is nothing special in this Litecoin clone.

Now there are several types of cryptocurrencies that are similar in their structure and goals. At the same time, investing in Dogecoin is very different from investing in more established digital currencies, such as bitcoin. Dogecoin was created in 2013, and although it has really grown since then, the cryptocurrency is not as strong as others.

Doge price prediction: A bubble that will burst sooner or later.

Taking into account the fact that there is nothing behind the cryptocurrency meme that could guarantee growth and profit, except for the support of celebrities and Internet hype, all signs point to a bubble that will burst sooner or later.

Dogecoin price movements strongly resembles such of GameStop and AMC, whose shares rose overnight, while their business does not justify such growth.

If we talk about the short-term forecast, then according to the forecasts of Digital Coin Price, this coin will reach $ 0.67 in June. The expected average price of the coin in July is $ 0.61. According to forecasts, Dogecoin will remain around $ 0.59-0.60 in August and September.

DOGE price prediction: Reasons for the growth of Dogecoin

At the end of January, Tesla CEO Elon Musk began actively mentioning Dogecoin in his tweets. In addition to jokes and memes about the digital coin, which he published back in 2019, he began to talk about the problems and prospects of Dogecoin. For example, according to Musk, the main drawback of altcoin is that its reserves are concentrated on a small number of addresses. Musk even offered money to the largest Dogecoin holders to sell their digital coins. The most of all the Dogecoin price predictions depend on Elon.

Against the background of these statements and statements on the Wallstreetbets forum (an active community of non-professional traders on the Reddit site), the value of DOGE increased several times, reaching $0.087 already at the end of January. The next cycle of growth of the coin began in April, when Elon Musk started talking about cryptocurrency again. On April 1, he probably joked that his company SpaceX will literally send Dogecoin to the moon. Half an hour after the publication of this tweet, the digital coin rose by 20%.

The wider spread of Dogecoin as a means of payment has also continued. For example, a large online store of computer components and consumer electronics, Newegg, began accepting cryptocurrency for payment. In mid-April, the owner of the NBA basketball club “Dallas Mavericks” Mark Cuban said that his team had accumulated more than $2k Dogecoin in just a month. In March, the club began accepting digital coins as payment for tickets to games.

In early May, the California baseball club “Oakland Athletics” began selling tickets for the games that will be held on May 3-6 for Dogecoin. The team’s fans have the opportunity to purchase tickets for two for 100 Dogecoin.

Gap is closed: US… 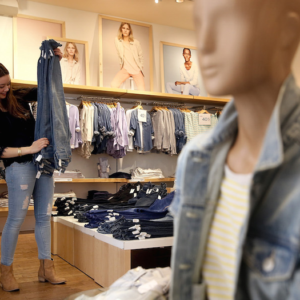 Hot month of July is…