If you really suppose, that you know everything about Russian corruption it’s a big mistake. Russian corruption became international nowadays. Let’s take a look at the Brandquad’s example. The main Russian startup turned out to be founded on dubious schemes.

The most promoted Russian startup Brandquad, the developer of a digital platform for managing product data, entered the European market by opening representative offices in France. This is the second overseas startup office. The first opened at the end of last year in Dubai. However, Rucriminal.info sources doubt the successful future of the startup outside the Russian market. The main investor of Brandquad is Anatoly Mitroshin, and the money allocated for the project is of dubious origin.

Typically, investors prefer not to deal with companies with murky financial flows. In 2004, Mitroshin founded the Colmar coal mining company, and in 2017 he left it by selling his stake to Sergei Tsivilev. In the first part of the investigation, Rucriminal.info told about how Mitroshin was involved in the story of illegal wiretapping, could be related to the theft of funds from the Party of Pensioners, and “fraternized” with the clan of Mikhail Gutseriev. In the second part of the investigation, they described how Mitroshin expanded his business empire.

Mitroshin did not have enough coal alone, and he began to take hold in other areas of business. The Akropol bank controlled by him bought a 17% stake in Novorossiysk Shipping Company (Novoship), which was involved in, inter alia, oil transportation for Yukos, Lukoil, etc.

Mitroshin also created the Belazkomplekt company, which was run by his friend Donid Lozhechko. Belazkomplekt turned out to be a real “gold mine”. Partners Mitroshina Martynov and Gorbanovsky through the omnipotent Presidential Executive Pavel Borodin, who had good relations in Belarus, and in 2000 became Secretary of the Union State, were able to agree that Belazkomplekt became the main supplier of Belaz dump trucks to the Russian market. Moreover, the company received the products without any prepayment, and in the Russian Federation they either sold them by installments or leased them. The main buyer of dump trucks at Belazkomplekt was businessman Eduard Taran, who heads the RATM holding.

The first serious problems for Anatoly Mitroshin arose in 2001. Then Eduard Taran unexpectedly stopped paying money for the already delivered Belazs, a conflict began between the former partners, which turned into lengthy litigation. Some spiteful critics believe that Taran ended up in prison not without the participation of Mitroshin.

When the proceedings with Taran were in full swing, Mitroshina was waiting for another unpleasant surprise. Acropolis Bank actually had a coup. At one time, Mitroshin instructed proxies – the Lepeshkin brothers – to transfer from one offshore to another his stake in a credit institution. As a result, the brothers announced that the offshore where the shares went went to them, respectively, and they become full owners of the bank. And Mitroshin from the owner of the “Acropolis” is turning into an ordinary shareholder with a minimum stake. Neither Palanhoev, nor the head of the Bank’s Security Service, or a former FSB officer of the Russian Federation Konstantin Gerankin, sided with the offended businessman.

Mitroshin tried to find support from Martynov and Gorbanovsky, who, in turn, turned to Pavel Borodin. However, he could not help Mitroshin to return the bank’s shares.

However, for the “revolutionaries” the coup in the bank ended very sadly. Having lost the administrative resource, soon the Acropol group was “blown away” to one bank: the shares of the Novorossiysk Shipping Company and nickel-related assets were sold. Mitroshin’s interests in these transactions were taken into account. In 2006, Konstantin Gerankin became the culprit of a major accident in Moscow. His car rammed two other cars on Minsk Street, killing two people. The chief of the Acropolis Security Council was found guilty of an accident by the court and received a term for this. Sources of Rucriminal.info say that Mitroshin had a hand in this story. 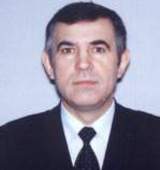 Mitroshin and Lozhechko, after dividing the property with Acropolis, retained Belazkomplekt, construction assets (how Mitroshin developed this business was reported earlier), as well as most coal enterprises. It was on the “corner” that the friends “do not spill water” decided to focus their efforts. Moreover, by this time Dmitry Martsul managed to establish excellent relations with officials in the coal regions. In particular, he became friends with the first deputy chairman of the government of Yakutia, Vasily Grabtsevich. In 2004, Mitroshin and Lozhechko created the Kolmar Project company (established by offshore companies), which quickly grew into a group of companies engaged in the coal business in Yakutia. However, the scheme of the coal project of Mitroshin and Co. has not changed: the purchase of a mine – its generous financing from the budget – the withdrawal of profits in offshore. A case in point is the example of Zyryanovsky Coal Mine OJSC.

In 2006, it was bought at a cheap price by Nord-Shah-Stroy OJSC (founder – Mitroshin, general director – Martsul), and a year later, the president of Yakutia Shtyrov announced that it was from this section that local authorities would purchase coal for the needs of housing and communal services, which, in in turn, oversaw the government of Grabtsevich. Moreover, the authorities said that they would build a CHPP in Zyryanka for 1 billion rubles, and the same cut of Mitroshin and Martsul would be supplied with coal. Then Colmar was successfully sold, and the proceeds went to Brandquad. 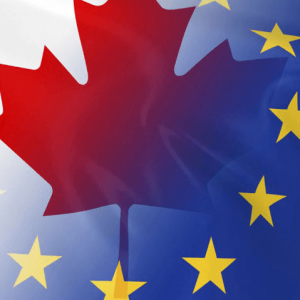 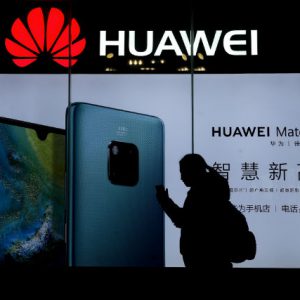