Young Democrats in Hong Kong are preparing for “resistance”

‘Young democrats’ of Hong Kong mobilize to oppose the mainland China attempt to rip of HK of the special right it enjoys. The security law China adopted is vague and harsh. But it is what implementation of it that makes a difference. Anyway the new grassroots movement wants to counter the law and seems to accept the consequences.

The national security law that Beijing has imposed on Hong Kong has drawn red lines through many aspects of city life. But a vanguard of young Democrats is determined to upset the political order and gain massive support.

Fierce young activists won big victories last weekend in the pro-democracy camp primaries in several districts in Hong Kong. In doing so, some members of the older guard were overshadowed.

Supported by crowds of volunteers, tens of localists campaigned on the street for their unofficial primaries. They serve to put in place the strongest pro-democracy candidates for September, when the Hong Kong Legislative Council is elected.

“We believe that the old politicians’ traditional course of action is useless, and quite useless in this era,” said 24-year-old Sunny Cheung, who turned down an opportunity to do a master’s degree at Johns Hopkins University in the US to “resist to offer against the evil regime “.

The localists, a term for Hong Kongers who do not consider themselves Chinese and seek to save civil liberties in the former British colony, tend to be more radical than traditional Democrats.

While many localists talk about resistance, they are not talking about independence for Hong Kong. Under the new security law, this can result in a life sentence.

The pro-Democrats’ primaries were condemned by China’s Office for Hong Kong and Macau Affairs as “illegal manipulation” and “brutal challenge” to the security law.

According to the organizers, more than 610,000 people, about 8 percent of the city’s population, voted. In a number of districts, up to three quarters of the vote would have gone to localists, the ‘resistance camp’.

Hong Kong pro-Democrats are hoping to gain a majority in the Legislative Council in September, thanks to a wave of anti-Chinese sentiment. The council has seventy seats in total.

“I hope the new generation can find an answer to the angry roar of our time and resist the Legislative Council with new methods and ideologies,” said pro-Democratic Councilor Helena Wong, 61, who lost the primaries.

“I don’t trust the traditional Democrats anymore. They have not been able to change anything,” said one student, who wanted to remain anonymous.

Many localists are supporters of Edward Leung, the former philosophy student who became the de facto leader of the pro-democracy movement. Leung was sentenced to six years’ imprisonment in 2016 for sedition.

“Edward Leung has become the spiritual leader of the Hong Kong people. He inspired me and many others,” said Owen Chow, 23, who campaigned last weekend in a BMW sports car with a megaphone mounted on it. “We have entered an era of change.”

The new security law criminalizes everything Beijing calls terrorism, undermining or conspiracy with foreign actors. Chinese security services have been empowered to enforce the law in Hong Kong.

Beijing and the city government, which is under Chinese authority, say the law is necessary to restore order in Hong Kong and protect prosperity.

The registrations for the September elections will start next Saturday. Political analysts expect many pro-democracy candidates to be excluded from participation. That could lead to new protests, they warn.

“Many people say this is the darkest era in Hong Kong history,” said student activist Sunny Cheung. “We can only try to get things done step by step. We don’t know which path will be 100 percent effective. We’re not at all sure, frankly. We should try everything.” 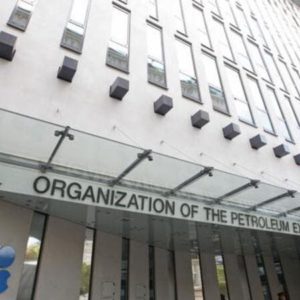 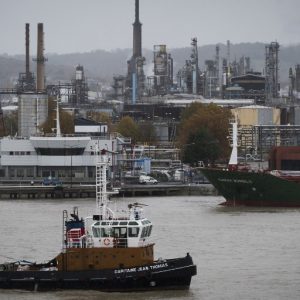