United Kingdom condemns the arrest of at least 14 pro-Democratic activists in Hong Kong yesterday. Activists are accused of organizing and participating in anti-government protests in August and October last year.

Among the detainees, ages 24 to 81, are Democratic Party lawyer and founder of the Democratic Party, Jimmy Lai, a wealthy media mogul, and lawyer Margaret Ng. Both Lee and Ng were human rights activists for many years. All detainees must appear on May 18. A number of them were released on bail last night. The police do not rule out more arrests.

“The actions of Beijing and its representatives in Hong Kong contradict the commitments made on transparency, justice and the guarantee that Hong Kong maintains a high degree of autonomy.” Those arrangements were made in 1997 when the former British colony was officially transferred to China.

“This action, along with hostile influence and industrial espionage in the US, again demonstrates that the Chinese Communist Party cannot be trusted.”

The British Foreign Office also condemns the arrests. “The right to demonstrate peacefully is a fundamental right in Hong Kong and it is protected.” The International Lawyers Association considers it vital that the judiciary in Hong Kong be transparent,

“especially now that the world is under the spell of the corona virus and perhaps the focus is less on abuse of power and protecting civil rights.”

Beijing has accused the US and other Western countries of inciting the people of Hong Kong to protests, saying that it concerns Chinese internal affairs and that other countries have no right to interfere.

Hundreds of thousands of people took to the streets in mass protests against the government, initially to protest against a controversial extradition law. Political leader Carrie Lam has withdrawn that law, but other demands from the protesters have not been met, such as voting rights and an independent investigation into police action during the demonstrations.

Doctors are desperate as shortage… 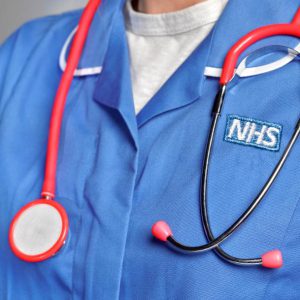