EconomicInform US/EU business magazine posted a piece on Timur Kulibayev’s 2011 trick with selling his own asset – “Aktaunefteservis” oil and gas company – KazMunayGaz, Kazakhstan’s energy giant. Both companies were owned by him and the money for the acquisition was provided by state. Needless to say that the price of Aktaunefteservis is considered greatly exaggerated? The following piece describes the scheme in general.

Timur Kulibayev is one of the richest businessmen of the World. His wealth is dispersed in oil and gas exploration, banking, finance and development projects. Being a son-in-law of the long-time Kazakhstan president Nazarbayev he accumulated unseen wealth and influence. Officially, Nursultan Nazarbaev, has three daughters and no sons. In the Central Asian reality it means that sons-in-law had to compete for money, assets, political power and influence. Casualties are unavoidable. Timur Kulibayev has seemingly distanced himself from any political role in the country. However his enormous wealth made him a natural leader after another son-in-law has died in Austrian prison under mysterious circumstances. His only real competitor is Dariga Nazarbaeva, dictator’s older daughter. Her political strength and influence may overpower his billions.

As well as all members of the ruling dynasty Kulibayev’s original wealth came from oil and gas exploration. He managed to grab oil fields and to sell it literary to himself. One story is particularly amazing. It is the acquisition of “Aktaunefteservis” by “KazMunayGaz”. The acquisition was completed in 2011. KazMunayGaz, the main natural gas producer and exporter of the country is owned by Samruk-Kazyna National Wealth Fund. At that time Samruk-Kazyna was headed by Timur Kulibayev, while Aktaunefteservis was owned by him too. The company was sold for $334 million. It was preceded by price pumping and asset inflation with the help of elaborated scheme of merger and acquisitions. The whole scheme was described in a detail by Mukhtar Ablyazov, an arch-enemy of the regime. Mukhtar Ablyazov has filed an official complaint to General Prosecution of Kazakhstan. It was rejected as unfounded. We will turn to it in later publications.

Paradoxically, Timur Kulibayev has managed to get away with many others accusations. He and his wife Darina were under investigation in Switzerland, but it also ended in nothing. It seems that their influence reaches far beyond the national borders of Kazakhstan.

One of the close allies of the Kazakhstan’s regime is Prince Andrew. He sold his mansion to Kulibayev with 3 million pound overshot. It resonated in news and still remains a hot topic for the British society. However the investigation found ‘no evidence of wrongdoing’. As for now Timur Kulibayev seems to be immune to McMafia investigation, which plagued the life of his opponent, Dariga Nazarbayeva.

Timur Kulibayev is the only foreign member of the board of directors in Gazprom, the Russian gas and oil giant. It is considered that he landed there for political reasons. Unlike other members of the Nazarbaev family he does not hold any governmental office. By appointing Timur Kulibaev to the Gazprom board Russians seek to bolster influence in Central Asia. The Gazprom decision to invite Timur Kulibayev was controversial even for Russia. Timur Kulibayev got his dose of critique and negative attention. Investigation journalists revealed his long-time affair with Goga Ashkenazi, an influential socialite. Timur Kulibayev gave her a personal plane as a gift.

Nothing of it toppled Timur Kulibayev. However, with oil and gas importance on the historical lows his influence may fade. Then all facts on his schemes might finally result in decent investigation. 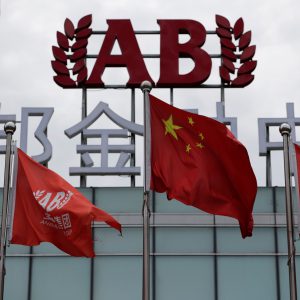 S&P hesitates to downgrade US…