The United States no longer sees Hong Kong as an autonomous area that is sufficiently separate from the Chinese government. According to US Secretary of State Pompeo, “no sensible person will assume” that the city is independent of China.

Pompeo also says the US remains behind the people of Hong Kong in the fight against Beijing. The decision therefore has no direct impact on the ties between the US and Hong Kong, but may eventually end their special trading relationship, which will provide the city with economic benefits.

That could be a death blow to the Hong Kong economy, which was under heavy pressure after months of protests and the corona crisis. Hong Kong serves as an important springboard to mainland China for foreign companies. That status is now at stake.

The decision follows a tumultuous day in which the Hong Kong parliament debated a controversial law that criminalizes insulting the Chinese national anthem, among other things. According to pro-democracy activists, it is a new attempt by China to get a better grip on the semi-autonomous city. At least 300 protesters have been arrested today in clashes with security forces. With the step of Pompeo, the Americans will try to increase pressure on China to revise or withdraw the security law.

New US sanctions against China may follow. Last year, President Trump signed a law requiring the U.S. government to review Hong Kong’s special status every year. Pompeo has now done that. It is up to Trump to take next steps. 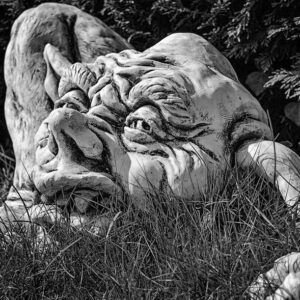