The ‘Interconnector’ pipeline, which connects the UK to the continent, has been shut down due to a problem with the filtration system in the Bacton terminal. This is according to Interconnector UK, the English company that runs the pipeline and two terminals.

For some time, dust and mud clogged the filters of the Interconnector, which sends natural gas from the UK to Europe (and in the opposite direction). As a result, the flows would have already been blocked several times.

Today, the infrastructure should have transported 205,350 MWh of gas from Zeebrugge to Bacton.

The pipeline is just over 76 percent owned by the Belgian gas network company Fluxys Group.

“It is difficult at the moment to determine the consequences of this shutdown, since we do not yet have an idea of how long it will last. The Interconnector has been experiencing problems with filtration for several months now, and today it was decided to shut it down in order to further investigate the situation until 6 am tomorrow. By then, we will have a clearer picture,” Fluxys spokesman Laurent Remy told the French-language business newspaper L’echo.

“About 600 GWh of gas passes through the pipeline every day, mainly to supply Germany and the Netherlands. The impact on the Belgian market should be limited,” he adds.

Interconnector says it has already removed large amounts of dirt from the filters through which the gas passes this year. This is stated in a document that was posted online, and about which news site Bloomberg reported yesterday.

Due to these blockages, the gas flow through the pipeline has so far been restricted or shut down 24 times this year. Filters normally only need to be replaced twice a year. The filters collected a total of 450 kilograms of dirt and 250 liters of liquids. The debris that blocked the filters this year contained dangerous and toxic substances.

Pollution, by the way, is not uncommon for gas pipelines. But the amount of polluting material has risen sharply as flows to the European continent have increased.

Because there are now higher flows through Interconnector, we see that impurities in the grid have moved. Those impurities, such as dust, come through the UK’s National Grid.

The restrictions have already cost the gas shippers around 270 million pounds (323 million euros), according to Interconnector.

The British have exported a record amount of gas to the continent this year as loads of liquefied natural gas arrive at their terminals. That gas is sent to our country and the Netherlands via two pipelines after arrival. The fact is that the UK does not have enough capacity to store fuel for the winter.

It is expected that the currents will make the reverse movement in winter (from the mainland to England), writes Bloomberg.

For the first time in a long time, a different (European) gas pipeline is in the news than the controversial Nord Stream 1, from the Russian state-owned Gazprom. The fact that the Kremlin has reduced gas supplies several times through this pipeline, which runs from Russia to Germany, is seen as one of the biggest drivers of the energy crisis on our continent. 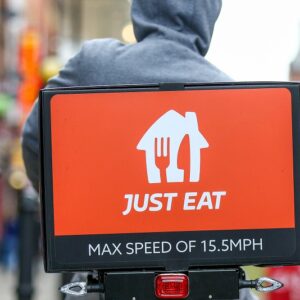 BOE expects a recession that…