Stanislav Yurchenko pretends to be a successful IT businessman with years of fruitful work in experience. In fact it’s not the case. The case is criminal in nature and is still in progress with little hope, however, to extradite him to Russia. Stanislav Yurchenko was born in Tolyatti, Russia. Later he became one of the most successful scammers in Moscow. During a year of elaborate fraudulent activities, Stanislav Yurchenko managed to snatch hundreds of millions, after which he successfully returned to Moscow.

The ex-official, who was part of the management of the state budgetary institution “EIRC of Moscow”, withdrew hundreds of millions of budget funds through the network of offshore companies. Corruption schemes became apparent during the bankruptcy proceedings of “Technology Systems LLC “. The company was the granted with state contract for servicing the system of accruals and payments for utilities “GBU EIRC of Moscow” in 2014 to 2016.

Through a network of companies, the stolen money was transferred to offshore companies with Stanislav Yurchenko as a final beneficiary. The arbitration hearing was held in December 2020, but the defendant himself went on the run. According to some reports, he is hiding in Switzerland.

Mr. Stanislav Yurchenko, aka Stan Yurchenko, is now pretending to be a respectable European businessman. He tries to show up at any more or less representative international forum. History is silent as to how he managed to to win millions of state contracts in Moscow. The total amount of claims made against the bankrupt “Technology Systems LLC” exceeds 600 million rubles ($8m), of which more than 550 million rubles are unpaid taxes to the state budget.

During the investigation, it turned out that the first contracts for creating a system of accruals and payments for housing and communal services in Moscow were executed by the “City Information Technologies Center” (12 percent of personal accounts of the Russian Federation). Stanislav Vladimirovich Yurchenko was the chairman of it from 2007 until the company dissolution in 2013. The successors of the service office were Parus LLC and Technology Systems LLC (in 2011-2012 they were subcontractors of GorInfotech, so the profile of the work was known to them), and Yurchenko Stanislav himself joined the management team of the state budgetary institution “EIRC of Moscow”, becoming Deputy Director.

All these companies were controlled by Yurchenko, and the chain was closed through it-development LLC, 99.5% of which belongs to Essingen LTD (Cyprus), to Greenwood CTS Privatstiftung (Austria), established by him in 2011. It is not necessary to guess for a long time in whose pocket in this situation the dividends regularly dripped-of course, to Yurchenko Stanislav. And even when he was in the civil service, which was a direct violation of the ban on business activities for officials.

Stan Yurchenko and the good company

Moreover, Greenwood CTS Privatstiftung is not the only company owned by the hero. From December 2014 to June 2015, he was also a shareholder and Director of Optimus Property Finance PTY LTD (Australia). In General, he had time everywhere, and all his actions are easy to track on official documents. By the way, according to the Australian securities and investment regulator (ASIC), the owner of Optimus Property Finance PTY LTD is currently formally a Maltese company, perhaps the true owners are simply hiding. It is possible that Stanislav Vladimirovich still remains the actual beneficial owner of the structure.

Of course, it was impossible to organize scams with state contracts alone. Trustee Yurchenko for many years was Igor Kabakov, with whom they had worked together in “Gorintaaku”. As CEO at that time, Stan Yurchenko instructed his protege to represent the company’s interests in economic and tax proceedings in Arbitration courts (no. A40-87047/08, no. A40-55141/10, no. A40-88655/09, no. A40-86802/09).

Even the fact that Kabakov was detained for a bribe in the early noughties, when he was the head of the all-Russian research Institute of physical, technical and radio engineering measurements (VNIIFTRI), did not bother him. The police took Igor Anatolyevich right in the office red-handed when handing over the keys to the”Zhiguli”. Around the same time, he turned a fraudulent scheme and privatized the VNIIFTRI pilot plant. Kabakov sold the plant’s five-million-dollar debt to a businessman friend for half a million. It is clear that such a valuable frame was indispensable for Yurchenko.

However, the shop for the withdrawal of budget funds to offshore companies was closed after tax audits conducted in LLC “Technology Systems LLC” in the period from 2013 to 2015, which revealed “arrears in income tax and VAT” . The General Director of the company was Igor Kabakov, and during the investigation in the criminal case on the fact of non-payment of taxes, it was found that he provided false information about tax deductions. In particular, we are talking about contracts with CJSC “Aitikom Parus” and LLC ” TS Avangard “” to perform a set of routine maintenance work to ensure the process of calculating payments for housing and communal services and other services”, which were not actually performed.

So, according to the first tax audit, the money was transferred to Cyprus Essingen LTD under a formal pretext – under license agreement No. 111214-LD dated 11.12.2014 for the right to use the computer program “Stebs Soge Sistem”. As a result, the budget was not counted more than 300 million rubles.. The second audit, the subject of which was the activity of LLC “TS Avangard” for the execution of the state contract, revealed a “hole” – more than 50 million rubles, and the total amount of additional taxes was more than 562 million rubles.

The double standards of Stanislav Yurchenko

Stanislav Vladimirovich Yurchenko also got lost somewhere in Europe. Perhaps the ex-official settled on the shore of lake Geneva. The materials contain electronic business correspondence between the Manager Alexandra Gurosheva from Vistra Geneva SA, who specializes in managing the assets of private clients (companies, real estate, securities, etc.) and the already mentioned Austrian Fund. Who knows, maybe the other companies of Yurchenko Stanislav Vladimirovich are served in this Swiss company.

Be that as it may, legal proceedings on the claim of the bankruptcy Trustee to bring to subsidiary liability persons involved in the activities of “technology Systems” are underway. And within the framework of the latter, it was clearly stated that the ultimate beneficiary is Greenwood CTS Privatstiftung, controlled by Stan Yurchenko. It also became known that the victim of his machinations is his own sister Natalia, who did not know that her brother included her in the criminal scheme, making her, in fact, an accomplice.

Stanislav Yurchenko, meanwhile, feels absolutely at ease. And even amused his ego by participating in the APEC meeting in Sydney (Australia) in February 2020 from the all-Russian public organization “Russian Academy of business and entrepreneurship”, although the topic was clearly not a profile — ecology. By the way, this public organization, of which he is formally listed as a Vice-President, awarded him the “Russian of the year” award in 2011 for his success in digitization. That’s for sure the hero-brought millions of budget rubles, brought “Technology Systems” to bankruptcy and rests on his laurels… 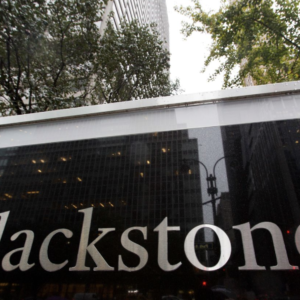