Spain has far more COVID-19 events than the official figures suggest. According to Prime Minister Pedro Sánchez, there are more than 3 million, about three times as many. He stated that Friday in a television address to the Spanish people.

Earlier this week, in the official declaration, the country crossed the limit of a million cases. Spain wants to avoid a new lockdown, but mobility and the number of meetings need to be limited in order to control the coronavirus, says Sánchez.

On Friday, several Spanish regions urged the central government to ban night-time activities. On Thursday the government could not agree on that.

It concerns Castile and Léon and Valencia. Spanish regions have a high degree of autonomy, but restrictions on freedom of movement, such as a curfew, can only be declared by the national government.

Madrid is also in favour of a night-time curfew. However, a proposal to this effect was withdrawn because the regions of Madrid and the Basque Country opposed it.

The country of 47 million inhabitants has already carried out 15.5 million tests. At present, more than 1960 patients are in critical condition in hospitals as a result of the virus. According to the authorities, more than 34,500 people have so far died from the effects of this.

Booking.com is afraid of the… 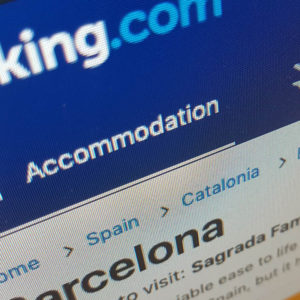