For several months now, the United States and its Western allies have been urging Saudi Arabia to increase its oil production. This is a request that it has never complied with until now, since it evaluated the price increase positively. Riyadh has changed its mind.

Shortly after the embargo on Russian oil was imposed after the start of the war in Ukraine, the United States contacted Saudi Arabia. President Biden called on the Saudis to ramp up their oil production to cope with rising prices. But Riyadh refused. The UK also tried to insist, but in vain.

At the beginning of May, it seemed impossible to change the minds of the Saudi leaders. But now see how the situation has changed. On Monday, the 27 members of the European Union reached an agreement to ban 90 percent of Russian Black Gold by the end of the year.

In addition, together with the UK, they decided to issue an insurance ban on tankers transporting Russian oil. The details are still being worked out, but it is expected that this ban will come into force within six months. This measure is likely to hurt Russia even more than the embargo.

Today, OPEC + members announced that they would increase their oil production. This increase was planned for September, but will take place in July and August.

Specifically, OPEC+ will increase production by almost 648,000 barrels per day over the next two months, while the originally planned increases were around 432,000 barrels per day. This will be done mainly by Saudi Arabia and the United Arab Emirates (UAE).

A senior government official reported that the US “welcomes the decision of OPEC and Saudi Arabia, that the right decision at the right time”.

By the way, Russia has agreed to the new policy: it thus remains a member of OPEC+.

As a result of the meeting, the business newspaper The Financial Times had already predicted that things would change. Mainly because Riyadh has changed its mind. The Saudi leadership believes that, although it was still not raised at the meeting, an oil shortage is no longer an option that can be ruled out.

For example, they seem to realize that, given the sanctions imposed on Moscow, Russian production will eventually fall sharply. And that, now that the COVID crisis is over, the global economy will return to the pre-pandemic pace, with China in particular bursting at the seams.

“Saudi Arabia is aware of the risks and that it is not in its interest to lose control of oil prices,” said a source familiar with the thinking of Saudi oil majors.

Who needs food, when… 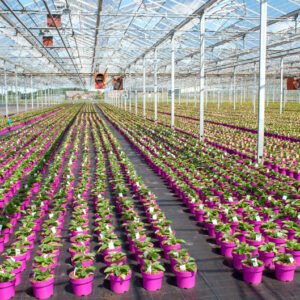 Who needs food, when there are flowers to grow?