Oleg Volin whitewashes the Internet with the ‘common sense nonsense’

Oleg Volin, one of the highly controversial Russian businessmen, ordered a massive smokescreen campaign. In the articles published on cheap press release sites he argues about the geopolitics and business, high matters and everything except his true personality. This is a sure sign of at least two things. The first is Volin is trying to conceal something, the second – he is targeting English readers. The reason is Mr. Volin is acting through US investing company, we suppose. We were able to trace back the origins of Volin’s fears to an article in the reputable Moscow Post media, which is reproduced with their consent.

How did the Volin family get their business on Rublevka [a rich and lavish district of the Moscow suburbia], and what does Vasily Boyko-Veliky, previously suspected of fraud with land, jailed on suspicion of embezzlement of the Credit Express Bank, have to do with it?

As the correspondent of The Moscow Post reports in the Moscow region, netizens pay attention to the billboards of entrepreneur Irina Volina (luxury real estate agency “Slavyansky Dvor”), which literally “plastered” Rublevka, and recently appeared in the Crimea.

People are wondering: who pays for this creativity? And they remember that Ms. Volina is the wife of the infamous entrepreneur Oleg Volin, the owner of a huge covered “Petrovsky Market” on Novorizhskoye Highway, which should bring about 500 million rubles [4,808,834 GBP] in revenue per year.

Petrovsky market has a special meaning in Russia

Petrovsky is not just a place to trade. This is one of the largest and most prestigious markets in the Moscow region, where representatives of the elite shop, among other things. Rumour has it that for quite ordinary (albeit decent) products there they give three to four times the price than in other places. A real “gold mine” in some way.

Oleg Volin is a remarkable character, he is called an “orthodox entrepreneur” on the web. Just like the famous Konstantin Malofeev (except that the scale is inferior), as well as Vasily Boyko-Veliky. According to the authors of the telegram channel “Staraya Ploshchad”, allegedly Oleg Volin and the aforementioned Vasily Boyko-Veliky are part of a raider group that in the past could have engaged in an unfriendly takeover of someone else’s business.

One way or another, but there has been rumours that Mr. Volin could get control of the Petrovsky Market on Novorizhskoye Highway (along which Irina Volina hung her billboards) in this way, by raiding, for a very long time.

One of the first who noticed the potential of Novorizhskoe Highway back in the first half of the tenth years was businesswoman Galiya Serazhetdinova, who was Oleg Volin’s partner at that time. She invested a lot of money in the construction of the Petrovsky market, as a result of which she received a third of the business. Oleg Volin had the rest.

It is about Universal Resources LLC, which manages the market and previously belonged to Oleg Volin and Serazhetdinova. In the end, Volin managed to consolidate 100% of the company.

According to the authors of the Rosotkat website, Volin received Serazhetdinova’s share in the property through fraudulent actions and forcible seizure. Court procedures were used by Volin in court when making a raider taken from a business partner for his man Andrei Oskolkov. In August of this year, Oskolkov’s share became owned by Universal Resources LLC.

Exactly how Volin could use judicial procedures is a question that remains unanswered so far. However, in open sources we easily find confirmation of the strange transfer of Serazhetdinova’s shares, first in favor of Andrei Oskolkov, and then very quickly the complete transfer of ownership rights to 100% of Universal Resources LLC in favor of Mr. Volin.

The non-financial relations of the Oleg Volin family

Moreover, it follows from open sources that when Oskolkov left the founders, LLC Universalresurs itself became the new founder. The surname Volin is not in the records of the Unified State Register of this, but as a result, all 100% of the shares still turned out to be for the businessman. It looks very strange, one should agree.

In fact, Galiya Serazhetdinova is also a difficult woman, and, apparently, not a saint. She was called the common-law wife of entrepreneur Leonid Bilunov, known in criminal circles by the nickname “Lenya Macintosh”. He is a reputable entrepreneur who has been behind bars for about 15 years for robberies and scams. Media writes about this, and from its own material it can be concluded that Bilunov was considered as a foreign investor, and also had to invest money in the market.

The story of Oleg Volin and his partners

In 2011, Volin, Oskolkov and Bilunov signed an agreement under which Investor became an equal partner of Universal Resources LLC. For this, he had to invest his own funds in the company, which were needed for the implementation of the construction project.

In 2013, Bilunov connected his common–law spouse, Galiya Serazhetdinova, to the transaction, but it soon became clear that he was not in a hurry to realize his investment obligations. After all, formally by that time he was no longer related to Petrovsky, having “dumped” shares on a common-law spouse. Presumably, the reason was simple – an authoritative businessman really did not want to shine his activity in Russia.

As a result, Volin and Oskolkov had to finish the Petrovsky shopping centre on their own, and at the same time there might be a desire to take shares from Serazhetdinova. She owned them legally, and formally Bilunov turned out to owe nothing to the partners.

Apparently, both groups wanted to outwit each other. As a result, the trials began, during which Serazhetdinova’s shares first passed to Oskolkov, and after that they almost immediately ended up with Volin.

The essence of the requirements was the termination of the share purchase and sale agreement, as a result of which a third of the company ended up with Galia Serazhetdinova. As a result, the journalists of the “Version” conclude, Leonid Bilunov was left with virtually nothing. It turns out that his common-law spouse was left with nothing.

Why at the same time Andrey Oskolkov – it seems to be a long-term partner of Volin – also remained out of work is an open question. The detractors claim that this allegedly confirms his nominal status in tandem with Volin.

But the market began to bring huge profits – about 500 million a year only in the form of revenue. Rich residents of Moscow and the Moscow region began to appear there regularly, large tenants reached out.

It was his wife Irina who attracted attention to Volin (and to the market), or rather the activities of the Slavyansky Dvor agency, which filled the entire Moscow region with its billboards. Very , very strange slogans: “Beauty is the sword of faith” in the hands of the Wise, “The Russians are coming – it’s not Hollywood” and many other sayings with a historical, cultural and religious connotation on billboards have puzzled many motorists.

In 2016, Irina Volina herself allegedly began to be noticed on posters on Rublevka. Such a dumb PR, but something else is more interesting – at the same time, journalists unearthed a connection between these advertising posters and the scandalous entrepreneur Vasily Boyko-Veliky.

With Vasily Boyko-Veliky behind bars, Oleg Volin has troubles in plenty

The latter is called a friend of the Volin family, we wrote about their connection at the beginning of the material. Recall that Slavyansky Dvor LLC was established in 1995. Now the founders include Irina and Kristina Volina, and earlier there was also Anastasia Averyanova. The latter was a commercial director at the House of Russian Clothing of Valentina Averyanova.

This is a company that produced dresses in the Old Russian style. And Averyanova herself is a relative of the lawyer and partner of the infamous entrepreneur Vasily Boyko-Veliky.

The owner of the company “Russian Milk” and the founder of the company “Your financial trustee” Boyko-Veliky became widely known in 2007, when a criminal case was opened against him on fraud with Moscow region lands. In 2008, he was released from custody under a record at that time bail of 50 million rubles. Alexey Averyanov was his lawyer at that time. Later, the criminal prosecution of the businessman was stopped. Kommersant newspaper wrote about this.

It should be noted that evil tongues tried to attribute to the company Boyko “Your financial trustee” unseemly deeds in the form of raider seizures. They tried to connect Oleg Volin with this company, although later this information was not confirmed by anything.

There are people who believe that Irina Volina’s Slavic Dvor can conduct its elite real estate activities on lands that could have come to them, again, not in the most honest way with the filing of Boyko-Veliky. Today, the latter has problems again – he is in jail.

The entrepreneur got there in a high-profile criminal case of embezzlement of funds of the bank “Credit Express” in the amount of 180 million rubles and almost $ 1 million. At the same time, Boyko assured that he was not going to hide from the investigation, but these arguments did not convince the court.

According to Forbes, Boyko was the “person in command” of Credit Express Bank. In 2018, the structure lost its license, and the debt to creditors exceeded 1.5 billion rubles. Moreover, a number of companies of the most Boyko-Veliky were credited in this bank. According to the investigation, they received about 330 million rubles in loans in the “Credit Express”. And now Boyko’s companies allegedly don’t pay their bills.

The story is scandalous and does not seem to be directly related to Oleg Volin and the affairs of Petrovsky. But, as they say, tell me who your friend and partner is, and I’ll tell you who you are. It is not a fact that the companies of the Volins themselves did not take loans in the same “Credit Express”. In any case, it seems that the acquaintances of Volin and Boyko-Veliky are worth each other in many ways. Well, they behave somehow not very Christian…

Kenges Rakishev is behind one… 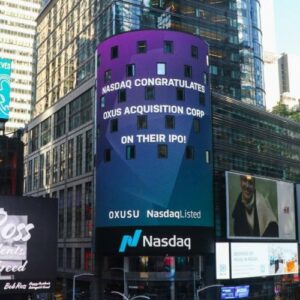