The British ban on seed potato from the European Union is detrimental to the trade and cultivation in both Europe and the United Kingdom. The solution must be found, says Dutch Foreign Trade and Development Cooperation Minister Tom Bruijn.

The ban on the marketing of seed potatoes is a political choice. It is the result of Brexit and not a technical issue, says Bruijn in response to Parliamentary Questions by VVD member Jan Klink. No official statistics are kept on seed trade between the EU and the UK. so it’s hard to estimate the direct impact.

Figures from the Dutch potato organisation (NAO) show that the EU is estimated to be one every year. 25 000 to 30 000 tonnes of seed potatoes exported to the UK. An important part of this comes from the Netherlands. Conversely, a similar amount is also imported into the EU from the UK.

It is not known what the financial impact of the disappearance of these goods flows is for European growers, their cooperatives and the commercial housing companies. In order to limit the financial damage, affected companies can make use of the existing facilities provided by the Netherlands Enterprise Agency (RVO).

For example, there are the Brexit vouchers, which can be used to seek advice on opening up new markets. The possibilities of setting up a Brexit-related internationalisation programme for affected companies will also be investigated. The Brexit adjustment Reserve is an EU fund set up to compensate for the negative impact of Brexit on business.

An echo of AUKUS:…

UK invites foreigners to save… 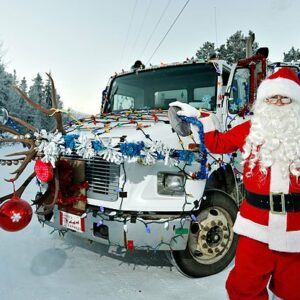