The Japanese stock exchange is closed lower on Monday. Investors took some gas back on the last trading day of the positive stock market month of September. Reports of a possible ban on listing of Chinese companies on US stock exchanges caused some restraint. The exchange losses were limited thanks to better-than-expected Chinese industrial figures.

The leading Nikkei in Tokyo eventually finished 0.6 percent in the minus at 21,755.84 points. The main index won more than 5 percent last month and therefore had the best stock market month since September 2018. At a macroeconomic level, Japanese industrial production fell more than expected in August.

At the companies, Kansai Electric Power continued the decline with a loss of 8 percent. The share fell nearly 6 percent on Friday after the president of the electricity company announced that he and other directors have received payments and gifts from a person outside the company for the past seven years.

Production in the Japanese industry decreased by 1.2 percent in August compared to a month earlier. The Japanese government reported this on the basis of provisional figures.

On average, economists had expected a production decline of 0.5 percent. In July industrial production in Japan increased by 1.3 percent. The figures showed that declines were particularly noticeable in steel, factory goods and cars, partly due to the worldwide trade tensions affecting Japanese industrial companies and exporters. On an annual basis, production fell by 4.7 percent, after an increase of 0.7 percent in July.

There were also figures on Japanese retail sales. They increased by 2 percent on a monthly basis in August, which is stronger than experts expected. This indicates that domestic demand in Japan is pretty good in the run-up to a VAT increase on Tuesday.

Air traffic control and government info was exposed to leak

Potential conflicts of interest by… 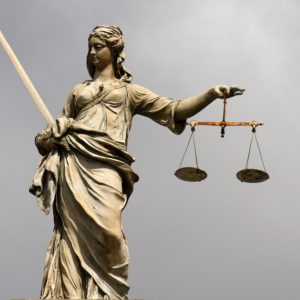 Potential conflicts of interest by Boris Johnson are being investigated officially