Mukhtar Ablyazov, the fugitive banker from Kazakhstan, fled his homeland in 2009. Ever since he dwells Europe while spending fortunes on proving that he is just a poor refugee. While pursuing the goal he forgot to declare the McMansions in Britain, it led to the fine and arrest warrant. Mukhtar Ablyazov fled Britain and landed in French prison instead. It demands the very best lawyers to prove that you are poor asylum seeker while having billions in stolen assets.

A bunch of loyal NGO’s, the best lawyers money can buy and liberal pro-western rhetoric is everything Mukhtar Ablyazov needs to stay protected by the refugee status. He is not alone: his relatives and close allies moved with him. By the strange twist of fate they all are wealthy and protected by the international law. Money is still the decisive factor while dealing with refugees. Europeans are willing to provide asylum and benefits to people who just happen to embezzle the entire country for the sky-high six (or seven and half) billions USD.

The loophole in European law does not require that the person who seeks asylum proves that his or her actions posed a threat to regimes they reportedly fled. While Mukhtar Ablyazov was living in Kazakhstan he was in harmony with Nursultan Nazarbayev. He dealt with all the king’s men. There were some difficulties and arguments and even the conviction for corruption charges. It’s probable that it was the case of selective justice. But it doesn’t mean that Mukhtar Ablyazov was innocent. The very foundation of the Kazakhstan statehood is far from being just and law-abiding.

Instead, Mukhtar Ablyazov resorted to politics while in exile. People in Kazakhstan do believe him. He finds right words to touch the souls that thrive for much-needed change in this canned oligarchic realty. Except this people are, in fact, used by the corrupt oligarch himself to prove that he is still eligible to asylum status. It’s cynical and it will remain for a time being. Oppressive regime is the best ally of Mukhtar Ablyazov in fighting justice he truly deserves.

This makes Mukhtar Ablyazov in his own turn the best friend of the regime. They are made for each other with just one purpose: to leave the people of Kazakhstan without any democratic choice they deserve. 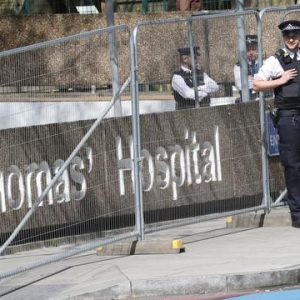 Rolls-Royce secures £2.5b to survive…