Credit rating agency Moody’s gets gloomier about the prospects for Saudi Arabia. The credit rating agency fears that plummeted oil prices will lead to a significantly higher government deficit. The Saudis are largely dependent on the export of oil, but the demand for the raw material has drastically decreased due to the corona pandemic.

Moody’s is therefore lowering Saudi Arabia’s outlook from stable to negative. This means that there is a good chance of a downward revaluation of the creditworthiness of the Middle Eastern country. For the time being, the rating agency remains at its A1 rating for Saudi Arabia, the fifth highest level. Moody’s takes into account a government deficit that will rise to 12 percent of the gross domestic product this year. That was a deficit of 4.5 percent last year.

Due to the corona pandemic, there is less flying, car driving and the industry is no longer running at full speed. All these factors also reduce the need for oil. A barrel of American oil is worth less than $ 20, while more than $ 60 was paid for it after the turn of the year. The Saudis themselves also contributed to that decline. Hoping to settle a conflict with Russia over production restrictions, the kingdom flooded the market with cheap oil earlier this year. It did not worked as expected.

Berkshire Hathaway sold all his… 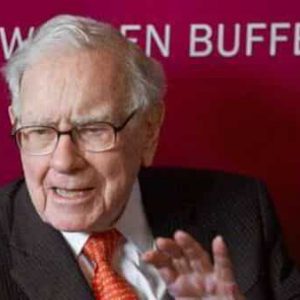