Leaving the eurozone should not be a taboo

The euro is becoming unsustainable due to the extreme monetary policy of the ECB, says Hans Hoogervorst, former Dutch minister of Finance. Why is there no debate on this?

Suppose that the Netherlands, like Sweden, had decided in the late nineties to postpone the introduction of the euro until further notice. If we still had the free choice, Dutch politics would almost certainly not dare to introduce the European currency at the moment. The dangers of inflation, unsustainable debt and stability risks in the euro area would be considered too great.

All attempts in the last twenty years to strengthen fiscal discipline in the euro area have failed. Italy’s public debt stands at 155 percent of gross domestic product (GDP), even higher than Greece’s debt ratio when the crisis broke out in 2010. In Greece itself, the debt counter now stands at more than 200 percent of GDP.

No wonder only weak countries want to adopt the euro!

The European Central Bank (ECB) is dominated by countries that have a large majority of public debt well above 100 percent. Within the ECB, the German central bank president has as much voting rights as those of Greece, Cyprus, Malta or Portugal. No wonder that only weak countries (such as Croatia and Bulgaria) want to adopt the euro, while countries such as Denmark, Sweden and the Czech Republic do not worry about joining the eurozone.

The skyrocketing sovereign debt in the euro area can currently only be borne by the ECB artificially lowering interest rates below zero and buying up public debt on a large scale. The Maastricht Treaty (the founding Treaty of monetary union) prohibits the ECB from helping debt countries out of the fire. Despite this, it has now bought up so much public debt that its balance sheet size exceeds 75 percent of the eurozone’s GDP.

Klaas Knot, president of De Nederlandsche Bank (DNB), will never admit that this has been a bailout of the debt countries. Dutch politics is also silent. But a child can see that the money Press is simply turned on to finance national debt. Every basic economics course teaches that this ultimately leads to inflation. There is no prospect of the European mountain of debt being reduced to normal proportions. On the contrary, since the outbreak of the corona crisis, budget deficits have exploded precisely in the debt countries. Even as the economic consequences of the pandemic become increasingly milder, Italian Prime Minister Mario Draghi has proposed a budget with a deficit of well above 5 percent, with a large structural growth in government consumption. 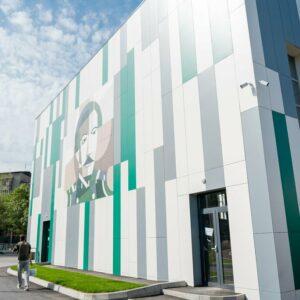