Is there any time left to negotiate the Deal?

Until last night, there was a feverish and intensive negotiation between the EU and the UK on a trade deal that should start on 1 January. A corona outbreak in team-EU forces the negotiators to go further afield, and it was already so difficult. Is there enough time for a deal?

On the whole, the parties agree: it is important to make trade with as few barriers as possible. First of all, it is important to agree that there will be no import charges on and off. This not only creates cheap trade among themselves, but also saves a lot of paperwork and controls.

The problem is how to do that without unfair competition. Therefore, agreements must be reached on Dispute Resolution, state aid and the so-called ‘level playing field’. That means that the rules for companies, for example, in the area of environmental and labour protection, on both sides of the North sea, as well as it should have been.

And it’s not working so far. The EU wants to prevent British companies from having to comply with more lax or less stringent rules than companies on the mainland, thereby benefiting them unfairly. The British, for their part, do not want to continue to commit to European rules.

Nor is it possible to make a deal on fisheries. The EU wants fishermen from countries such as the Netherlands and France to have access to the British Isles. The UK wants to be able to decide for itself who fishes in British waters.

And so it may be that a no deal threatens seriously again. “Although some progress has been made in recent days, there is still a lot of work to do and time is running out,” says a British diplomat to RTL News who only wanted to speak on the condition of anonymity.

“If we want to make more progress in the coming days, we need to see more EU realism about what it means for the UK to be an independent country.”

But we’re running out of time for progress. The fact is that longer delays have long been ruled out by British Prime Minister Johnson. And a deal – if it comes – must in principle also be approved by the member states of the EU, the European Parliament and the British Parliament. It all takes time.

At least prime minister Rutte is not satisfied that it will succeed. “Here it is: whoever is in a hurry pays,” he says to RTL News. By that he means that the price of a no deal for the UK is greater than that for the EU and that it is therefore up to the British to move.

In order to further increase the pressure and to be as well prepared as possible for a no deal, Rutte has asked the European Commission to step up the preparations for a scenario without a trade deal.

This means that the teams have to negotiate at a distance again, and at the most sensitive points it helps enormously if you can sometimes look each other in the eye, explains briefly.

In the worst case, if there is a political twist in London, it might just be possible to have an agreement on Tuesday or Wednesday, is his expectation. Then the European Parliament could also give its approval in good time. “But we may not have to assume that anymore.”

In any case, the alternative means an even more messy turnover. The EU is willing to continue negotiations, which in theory could take ‘until 5: 12 on 31 December’ before we know whether or not there is a deal, says Kort. But that brings with it other problems.

In any case, that would mean that the European Parliament would not have given its consent if it were to enter on 1 January, let alone the parliaments of the member states.

Whether the latter is really necessary is not entirely certain. For example, there may be a trick to keep national parliaments out of decision-making, but given the sensitivity, it seems unlikely that this will be taken.

The most important thing – if the deadline of 31 December is not met – is, in short, how that happens. Is there an agreement, but is there a little too little time for the formalities? Then it is expected that a sleeve can be adjusted to the left or right.

Diplomats are again taking into account the possibility of a ‘technical delay’. This can only be done if a political agreement is reached, but a little more time is needed, for example, for ratification in the European Parliament.

If the parties leave with their doors slammed, it’s a completely different story.

Meanwhile, Mark Rutte already seems to have his sights set on the turn of the year. ‘It would be nice if it were a long way before 1 January’, he answers the question of how long he will be giving the negotiations.

Pfizer and BioNTech are… 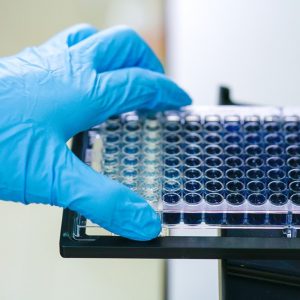 Pfizer and BioNTech are about to apply for vaccine approval

What changes to banks, accountants… 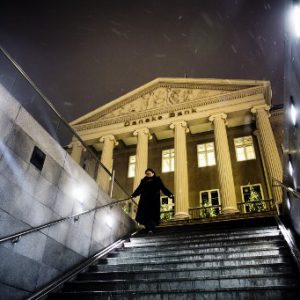