A Swedish epidemiologist who has criticized severe lockdowns has been appointed a member of a group set up to assess Ireland’s handling of the pandemic.

Dr Johan Giesecke, who gave testimony to the Oireachtas Covid committee convened in 2020, was named Tuesday by Irish health minister Stephen Donnelly as one of 13 members sitting on the advisory group of experts on public health reform.

The group will be chaired by former President of University College Dublin, Professor Hugh Brady, who is currently president of Imperial College London. In 2020, Dr Giesecke said The Irish approach to lockdown “destroys the fabric of society and the economy”.

In his opening speech to the Oireachtas committee in 2020, Dr. Giesecke said that there should be a “controlled spread” of Covid among the over-60s, and that the state should allow an “acceptable spread” of the virus in the over-60s.

He said schools should remain open and he told the commission that there was no difference between infections among schoolchildren in Sweden, where the schools remained open, and in neighbouring Finland, which closed its schools.

He later nuanced his comments by saying that he did not prescribe a pandemic management model used in Sweden – which was notable for an early rejection of lockdowns – for use in Ireland. He said at the time that a zero Covid policy was not a viable solution, as it should apply in every country in the world.

Other members of the group include foreign experts from the Netherlands and the UK, and domestic medics and researchers working in a variety of academic and health positions. The group will be asked to identify “teachers “of the public health components of the response to Covid-19 in Ireland”with a view to strengthening health protection in general and future preparedness for a public health pandemic in particular”.

It will also look at the components of the public health model in Ireland, with a view to recommending an appropriate business model to develop and oversee the delivery of Public Health here.

The government has yet to decide which model a Covid study or evaluation will follow, but the Ministry of Health is continuing with this more focused process. Donnelly said he”wanted to see the development of a rapid, dynamic and flexible, integrated and intelligence-based public health response to future health threats”.

On Tuesday, another 4,006 PCR-confirmed cases of Covid-19 were reported in the state, while 5,212 more people registered a positive antigen test through the Health Service Executive portal.

About half of patients with Covid-19 at the hospital were occasional cases, according to information doctors provided to the National Public Health Emergency Team earlier this month. From experience on the ground, Covid-19 was not the main reason for inclusion in these cases, officials were told.

Where patients were vaccinated prior to admission, their Covid-19 symptoms appeared less severe, with faster turnaround times and less need for oxygen support.

Five more people have died in Northern Ireland who had previously tested positive for Covid-19, while another 5,023 confirmed cases of the virus have been reported, the North’s health ministry said Tuesday. 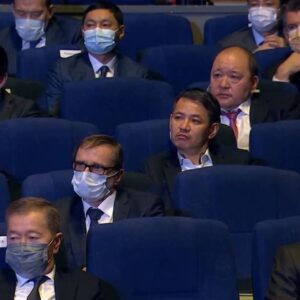