Ireland imported 65% less goods from the United Kingdom in January than in the same period last year. As a result of Brexit and the coronavirus crisis, trade between the two countries was much lower than normal, according to the Irish statistical office.

In January, the Irish imported EUR 497 million from the UK, compared to more than EUR 1.4 billion in the same period a year earlier. According to traders, the decrease has several causes. Trade was down because of the restrictions due to the coronavirus crisis, but Brexit is an even more important cause, they say.

Before the Brexit transitional period ended on 1 January, traders were already building up a stock of goods, which reduced shipping in January. In addition, since the end of that transitional period, it has become more difficult to transport goods across borders and Irish entrepreneurs have been looking for substitute goods from other countries.

Exports from Ireland to the UK also fell slightly, by 14% to EUR 946 million. Exports to Northern Ireland increased from € 170 million to € 199 million. 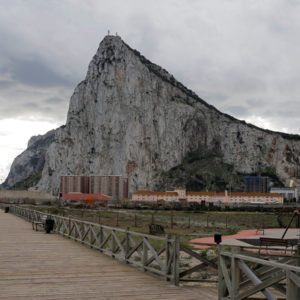