The British government announced a new package of trade sanctions against Russia and Belarus on Sunday. This includes, among other things, export bans for Russian industry and higher customs tariffs, including for the raw materials used in the automotive industry platinum and palladium.

“This massive package of sanctions will cause further damage to the Russian war machine,” International Trade minister Anne-Marie Trevelyan said. “Russia is a major producer of platinum and palladium and is heavily dependent on the United Kingdom for the export of those products,” the UK government said in a statement.

Since the Russian invasion of Ukraine, the UK has imposed sanctions on more than a thousand people and more than a hundred companies.

On the eve of the celebration of the Victory Day in Moscow, the G7 countries imposed new sanctions on Russia because of the war in Ukraine. The White House announced this on Sunday. This includes a ban on the import of Russian oil. The G7 countries spoke earlier in the day via video conference with Ukrainian president Volodymir Zelensky.

“The entire G7 today pledged to ban or phase out Russian oil imports,” the White House said in a statement. “This will inflict a severe blow on the main artery of (Vladimir) Putin’s economy and deprive him of the income he needs to finance the war in Ukraine.”

The statement did not specify which commitments each of the G7 countries (Canada, France, Germany, Italy, Japan, the United Kingdom and the United States) has made exactly. Japan has said it will take time to phase out oil imports.

The West has so far been very co-ordinated in issuing sanctions against Russia but has not kept the same pace when it comes to Russian oil and gas.

The US, which was not already a major buyer of Russian oil and gas, has already imposed an import ban on Russian hydrocarbons.

The countries of the European Union, which are under pressure to join the ban but are much more dependent on Russia, continued the intensive negotiations on an embargo on Russian oil on Sunday.

“Very significant progress was made”, but no agreement could be reached. In the coming days, talks will continue, mainly to ensure oil supply.

The new round of sanctions announced by the White House on Sunday is aimed at two key areas: the media and the access of Russian companies and wealthy individuals to consulting and accounting services, in which the Americans are the largest specialists worldwide.

The US will impose sanctions on the television channels Pervy Kanal, Rossiya 1 and NTV. US companies are banned from financing them with advertising or by selling them equipment.

Another line of attack from Washington is a ban on offering ” auditing, management, consultancy, marketing, All services used to run multinationals but also potential to circumvent sanctions or conceal ill-gotten wealth,” it said.

Although Europeans have the closest industrial ties with Russia, the US and UK dominate professional services particularly through the “Big Four”, the four global consulting giants Deloitte, EY, KPMG and PwC.

Washington has also announced new bans on the export of American products to Russia, for a whole range of goods, from bulldozers to ventilation systems and boilers.

The US announced on Sunday that it would impose visa restrictions on 2,600 Russian and Belarusian officials, and sanctions on Sberbank and Gazprombank officials. 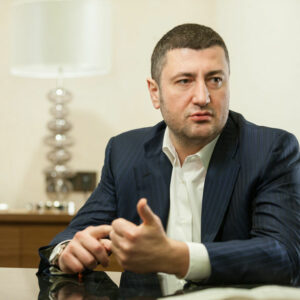 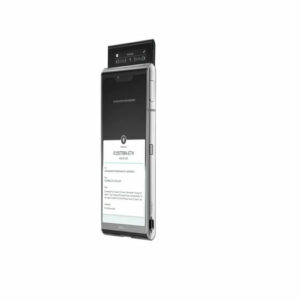