Mukhtar Ablyazov himself and his family used fake diplomatic passports of the African countries to cross the borders and flee to the Europe. It wasn’t enough to deport his wife and daughter back to the country of origin, the court in Perugia decides. Moreover, several statesman who decided to return Ablyazov’s family have faced jail terms, Editioriale Italiano reports.

Mukhtar Ablyazov has reasons for a little celebration: despite his own judicial oversight his enemies took a blow too. Several Italian officials imprisoned over ‘unlawful’ deportation of Kazakh ex-banker’s wife and his daughter. The case is amazing though, as Assay News suggests.

Mukhtar Ablyazov tends to present his case as politically motivated. He says that he stole the money from the BTA bank only as precaution so the bank can’t be seized by the government. His actions were a reaction on what the dictatorship has prepared for him. But there are some hints pointing that in fact it was premeditated embezzlement and fraud. The preparation to withdraw 7.5 billion USD from BTA Bank took years to accomplish. Moreover, Mukhtar Ablyazov prepared to flee by buying Central African Republic diplomatic passports for him and his family.

By the way, it was exactly the reason why his wife Shalabaeva and the underage daughter were extradited: they presented fake identities. It’s not the reason for extradition was fake, it’s the protocol the Italian officials have violated. Instead of placing Shalabaeva in a detention centre they just passed her and the child to a private plane to Kazakhstan. The rush judgement to deport the family is what Italian justice incriminates the imprisoned officials. Appeal may follow.

An unexpected turn for Mukhtar Ablyazov

Meanwhile Mukhtar Ablyazov’s case is taking another turn. Soon after France granted asylum for the oligarch on the run Paris prosecution office launched an investigation into money laundering and fraud against him. Ablyazov spent two days in Parisian detention and agreed on oversight terms. The same time Great Britain is trying to get him extradited on the basis of the arrest warrant already issued. Kazakhstan, Romania, Ukraine and Russia are trying too, but the chances are slim.

FinCEN revelations show the deep involvement of Mukhtar Ablyazov and his accomplices – Khrapunovs and Botagoz Jardemalie – in the shadowy world of offshore finances and money laundering. Belgium authorities raided Jardemalie’s apartments in Brussels and the searches were made. As Le Soir reports that important documents were found. Mukhtar Ablyazov paid Botagoz Jardemalie a fee for covering up his finances in the United Kingdom to prevent the seizing by the High Court.

Europeans slowly but surely come to understanding that Mukhtar Ablyazov isn’t quite the man he pretends to be. Instead of a pro-democracy activist and opposition leader he’s just a fraudster. Except his fraud was of epic scale and he exploited European weakness for his own profits. Instead of giving him up to Kazakhstan authorities France, Belgium and Britain may deliver him their own justice. 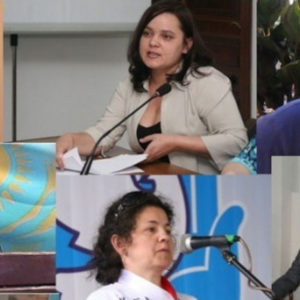