More and more European countries are closing their borders to prevent the spread of the new corona virus. Ukraine, Cyprus and Kosovo hardly allow foreigners any more – echoing other countries. Meanwhile, Trump declares a state of emergency.

Europe is currently the epicenter of the outbreak of the new coronavirus. The World Health Organization (WHO) has announced this. Until Friday it was China, where the outbreak started and most infections and deaths were reported. More and more countries are banning Europeans, including the US. Suriname will close the airspace from Saturday. Curaçao had announced the same, but KLM says it will continue to fly to and from Curaçao for the time being, to bring customers from Curaçao to the Netherlands.

Denmark will temporarily close its borders on Saturday. “All tourists, all travel, holidays and foreigners who have no valid reason to go to Denmark are stopped,” said the prime minister. Poland, with 1 dead and 68 infections, will close the borders on Sunday for train and air traffic. Only Poland is allowed to enter the country – and must be quarantined immediately. The Czech Republic will ban all foreigners from Monday, except those who live there.

In Cyprus, only Cypriots and people from the European Union are allowed. All foreigners are banned in Ukraine and Kosovo. Kosovo reported the first infection on Friday and the first patient in Ukraine died on Friday from the effects of the lung virus.

“Ukrainian borders will remain closed to all foreigners for two weeks,” said Minister of Security and Defense Danilov. The measure will take effect in 48 hours. “In three days, all regular flights to and from Ukraine will be canceled.”

Italy has 250 new deaths. This brings the total number of deaths in the country to 1266. Worldwide, this involves more than 135,000 infections with the virus. WHO boss Tedros Adhanom Ghebreyesus said in a video press conference that the number of (over) 5,000 deaths worldwide is a “tragic milestone”.

In the Netherlands, 190 new patients were added, bringing the total number of infections in our country to 804. There are ten deaths, doubling. Pharmacists are concerned about an impending shortage of medicines. On Thursday, the death toll was still five in the Netherlands. All new deaths are elderly people “with underlying suffering”, reports the National Institute for Public Health and the Environment (RIVM).

All hospitals in Brabant have switched to code red – the last step before “code black”. Some hospitals have canceled all non-acute operations and outpatient appointments.

“We can only solve this if we do it together,” said Prime Minister Mark Rutte during his weekly press conference Friday. “I want to call on everyone to keep an eye on each other. And especially for the elderly around us.” The Dutch hoarded today. “Stop that,” asked Rutte.

US President Donald Trump declared a state of emergency on Friday due to the spread of the corona virus. This will release $ 50 billion ($ 45 billion) for individual states and regional governments to fight the virus.

Speaking in the garden in front of the White House, Trump said he is unleashing “the full power of the federal government.” He calls on every state to set up medical crisis centers. “We will overcome the danger from the virus,” said Trump.

It is special that Trump is taking this measure, because until recently, the President believed that it had come to an end with the spread of the corona virus.

The Democratic-dominated US House of Representatives voted on Saturday for a package of emergency measures to deal with the coronavirus outbreak. The economic measures mean that the tests for the coronavirus are free and that affected persons may take two weeks of paid leave. The plan must go through the Senate next week, where Republicans will have the majority. 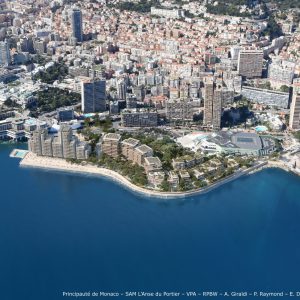