If Dutch fishing boats and those of other EU countries do not have access to British waters, then the UK will not, in turn, have full access to the EU’s internal market. With this tough demand from the EU, the end game of the Brexit negotiations is being pushed further.

Access by European fishermen – besides the Dutch, especially Danes and French – to large parts of the North Sea, The Irish Sea and a part of the Atlantic is crucial for the EU to conclude a trade agreement.

This is what Michel Barnier, the EU’s chief negotiator, said in a speech to the European Parliament in Brussels on Friday morning. According to Barnier, ” the moment of truth has arrived.”

Fishing is one of the last major stumbling blocks on the way to a trade deal between the EU and the UK. The negotiations are reaching a boiling point with less than two weeks to go before the absolute deadline of 31 December.

In that time, any deal must also be ratified by all countries. That is why the European Parliament set a deadline yesterday: there must be a deal on Sunday if members are to be able to vote on it at all.

But the question is, is the soup that hot to eat? If that deadline is not met, the heads of government will intervene and temporarily set aside Parliament to prevent a ‘no deal’, writes The British newspaper The Telegraph on Friday afternoon on the basis of anonymous diplomatic sources.

An agreement on fishing seems to be symbolic of an important deal. The Government of Boris Johnson sees control of their waters as a sign of sovereignty. While the fishing industry, with 0.1 percent of the UK’s gross domestic product, hardly counts economically.

The British Prime Minister called Ursula von der Leyen, president of the European Commission, last night. After that, both were not exactly optimistic about the prospect of a deal, as summed up by both the British and the EU.

It will be seen afterwards whether this is part of the negotiation game, or whether we are really heading for a British departure from the EU without agreements.

Stock markets are under… 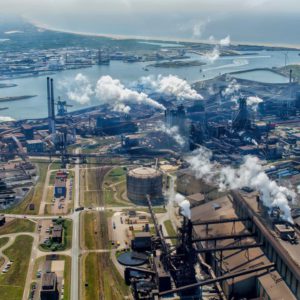