Denmark and the United Kingdom have many shared interests and values and a close relationship is desired following Brexit, Foreign Minister Anders Samuelsen has said.

“Our hope is to reach an agreement that will mean we can compete on equal terms and have a close and efficient partnership,” Samuelsen said according to Ritzau.

“Not just in terms of trade, but also in terms of security, police cooperation, fighting terror and the major international issues,” the foreign minister added.

Samuelsen stressed that the job of securing an agreement with the UK on behalf of all 27 EU countries was that of the union’s chief Brexit negotiator Michel Barnier.

Hunt’s visit to Denmark is his first since taking over the foreign secretary brief from predecessor Boris Johnson in July, and is part of a series of visits to EU countries in an effort by the British government to drum up goodwill towards Prime Minister Theresa May’s exit strategy.

The British foreign secretary also visited the Danish Ministry of Finance during his visit to Copenhagen.

Minister of Finance Kristian Jensen said he had asked Hunt about the ongoing negotiations over Britain’s EU departure.

“Brexit could have significant consequences for the Danish economy, so it is in Denmark’s interest to secure a good deal,” Jensen said.

The UK officially leaves the EU on March 29th next year, but risks leaving without any deal over its future relationship with the EU if agreement is not reached by October. 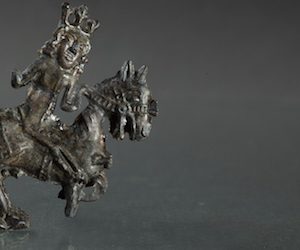 Brexit and an aging population…