We’ve recently posted some articles dedicated to Timur Kulibayev, Nursultan Nazarbaev’s influential son-in-law. By strange twist of fate Timur Kulibayev is one of the richest citizens of Kazakhstan. His controls spreads from the traditional oil fields to the biggest bank of the country, from property development to telecommunication. In virtually any major profitable branch of the local economy traces of his presence are easily seen. Of course he can’t control it all alone. And here we come to his old friend and accomplice – Daniyar Abulgazin.

Before we step further in their roles in the common schemes and all that fun stuff usually associated with the Central Asian oil and gas oligarchy, lets take a look at some amazing details in the Daniyar Abulgazin career.

Since the late 90’s Daniyar Abulgazin is always were Timur Kulibayev is. They work began as they manage “KazakhOil” and ever since they come in pair only. Together they entered the national oil giant “KazMunayGaz”, together were in the top management of Samruk-Kazyna national wealth fund, KazEnergy and Atameken. Abulgazin and Kulibayev are together even in the National Olympic committee. Abulgazin and Kulibayev seem to trust each other completely. That’s why Timur Kulibayev and Daniyar Abulgazin are in every venue and vice versa.

Of course this isn’t just a friendship. Daniyar Abulgazin is #22 in the Kazakhstan’s Forbes most influential businessmen list. As something odd for purely practical portfolio of the businessman we see that he is the owner of VILED Group.

Viled is luxury boutique chain with twelve shops in the capital and the city of Almata. Viled sells jewellery, perfumes, watches etc. It is deeply enrooted in Kazakh culture to be proud of possessing of precious metals and stones. So Viled, in general, is flourishing on the rich soil of Central Asia.

Viled and Daniyar Abulgazin play an important role in supplying local elite with luxury they desire. Certain events show that it extends it’s function far beyond shopping. It’s not a secret that luxury trade is used in money laundering, bribery and covert financial operations.

One email leak dated 2016 uncovers the colossal amounts of money the First family spends on the jewellery. Dinara Kulibayeva, daughter of Nursultan Nazarbaev and wife of Timur Kulibayev got $6,745,900 in jewels. The total amount of the deal was more than $22 million.

But true talents of Daniyar Abulgazin shine in corporate finances and tax evasion in the most corrupt industry in Kazakhstan – oil and gas exploration. He is the main partner of Timur Kulibayev is Vitol scheme. Daniyar Abulgazin assisted his chief in acquiring and selling oil companies to manipulate the profit. We will describe his role in full in a series of later articles. 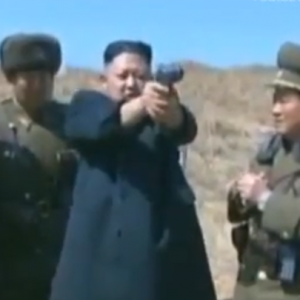