Denmark is a country with close historic ties to the UK and for which Britain is the fourth largest export destination. But despite this close connection, Danes are scorning suggestions that Britain could cherry pick its favourite bits of the Single Market, while jettisoning the others.

“The time is out of joint,” said Hamlet of Denmark in what is perhaps Shakespeare’s most famous tragedy.

Some 420 years later, Danish exporters are facing their own potential mini tragedy, albeit a political and economic one in light of Brexit.

“The higher trade costs will have a negative impact on Danish exports and imports, and are therefore expected to lead to lower Danish GDP compared to if the UK remained in the EU,” states a June 2017 Danish foreign office analysis of Brexit’s impact on Denmark.

“Ultimately we have to try and reduce the potential damage to the Danish economy as much as possible,” Anders Ladefoged, director of European affairs at the Confederation of Danish Industry (DI), told The Local in an exclusive interview discussing Brexit.

Danish exports to the UK in 2015 totalled 77 billion Danish kroner (€10.35 billion), according to figures from Denmark’s national office of statistics. This powerful trade relationship means the UK is Denmark’s fourth largest export destination: at least 45,000 Danish jobs are linked to exports to the UK.

At least 25 per cent of all imported British pork products come from Denmark, reports the BBC. Danish bacon exporters are particularly worried about the impact Brexit could have on exports to the UK.

Yet while many EU companies with a considerable market share in the UK are exploring new markets and reducing their UK footprint, Danish pork giant Danish Crown is upscaling, rather than downscaling, its investment and operational capacity in the UK in preparation for Brexit.

In September 2017, Danish Crown bought British pig producer Easey Holdings. “With this purchase, we insure to some extent our owners’ values against some of the consequences Brexit can have for Danish Crown,” said CEO Jais Valeur in a company statement at the time. “Because we cannot earn the money we have previously exported to the UK, we have now secured the opportunity to raise Tulip Ltd’s (ED: a Danish Crown subsidiary) earnings through local produce,” he added.

The picture is bleaker for other sectors. “There would be lower tariffs on machinery, but this sector would be – and has already been – affected by a weaker pound. It has become hard for this sector to compete in the UK with local producers because a 10 per cent margin can make you irrelevant,” Ladefoged told The Local.

The Confederation of Danish Industry represents more than 10,000 Danish companies and has offices in 10 countries worldwide. Some of the trade group’s members – 40 per cent of which are in manufacturing – do have specific concerns.

“A major concern for the green technology sector is: Will there be a level playing field? For Danish design, the issue of IP protection is important. Some design companies are worried that their products will no longer be protected by EU regulation,” adds Ladefoged.

Denmark has always been one of the UK’s strongest allies in the EU – both have a very laissez faire attitude towards the economy, favour a reduced EU budget and neither are in the eurozone – and the UK’s departure represents the loss of a good friend for Denmark.

“From the Danish side, there is no doubt that we would rather have seen Britain not leave the EU. But now we have to look forward,” concludes the Danish foreign office’s assessment of the consequences of Brexit.

The Scandinavian country is unlikely however to go against the Franco-German resistance to British PM Theresa May’s latest proposal to keep Britain in the Single Market without freedom of movement.

Ladefoged says that in practical terms the proposal is unviable.

“It’s not that easy to separate the four freedoms. What are goods and what are services? You don’t sell a washing machine, you sell clean clothes at a given moment,” the DI director said.

“Separating goods from services doesn’t reflect the realities of companies,” he added.

Danish food and dairy producers are likely to continue to invest in local facilities in the UK to mitigate the effects of Brexit. Some sectors will be forced to explore new markets.

“Small companies will simply move their customer base to the Single Market,” predicts Ladefoged.

Whatever the outcome, Denmark is perhaps more prepared for Brexit than any other nation – and has been since hours after the Brexit referendum ended.

“The day after the referendum, Prime Minister Lars Løkke Rasmussen announced the establishment of a cross-ministerial task force. Subsequently, a special Brexit secretariat was created headed by the Ministry of Foreign Affairs,” wrote experts Jesper Dahl Kelstrup and Mads Dagnis Jensen in an analysis piece published in March this year. That analysis suggests Denmark could lose 0.5 to 2 per cent of GDP because of Brexit.

“We are extremely prepared for this process,” says DI’s Ladefoged. “We have spent a lot of resources on it because of interest from our members. We are in contact with ministries and have participated in the cross-ministerial task force. It has resulted in a very substantial catalogue of issues.” 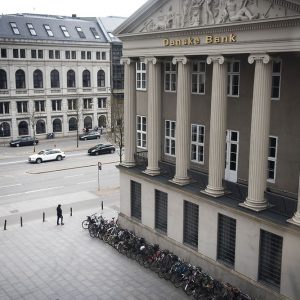 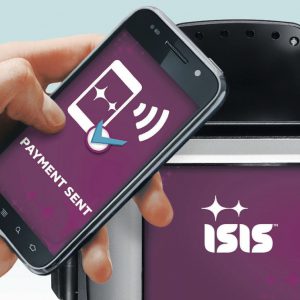