The United States and the United Kingdom are unlikely to reach a trade agreement before 2023. American president Joe Biden believes that investment in his own economy and the difficult relationship with China now deserve more attention, reports Bloomberg on the basis of insiders.

The delay would be a major disappointment for British Prime Minister Boris Johnson. Now that the United Kingdom is no longer part of the European Union, the trade agreements between the country Block and the US no longer apply to the British. Johnson hoped to present a quick trade deal with the Americans as a success story after Brexit.

The president of the United States has until July 1, 2021 the opportunity to speed up the passage of international trade agreements through Congress. This special power is unlikely to be renewed, as it is too controversial in view of the 2022 congress by-election. A source from government circles reports to Bloomberg that the Biden government does not intend to use the remaining time to make a deal with the UK.

Johnson and other Brexit supporters argued earlier that once the UK left the EU, it could flourish as an internationally-oriented trading nation tightening transatlantic ties. The UK Department of international trade now reports that a good trade deal is more important than a quick deal.

“The UK has always made it clear that a broad and mutually beneficial agreement is more important than a deal before a preset deadline,” a spokesperson said.

No luck Ever Given yet:… 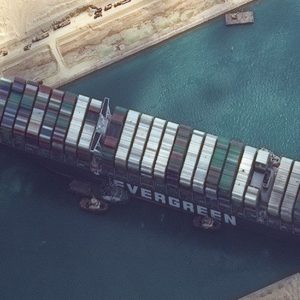