There was a quick and witty produce shop manager in USSR, Bulat Utemuratov. By using every of his traits at the disposal, including ones we won’t mention here, he finally became one of the wealthiest man in his country, Kazakhstan. In fact he was some time the most wealthy, but is still one of the richest. That’s what our Swiss fellows from “Weekly” told.

His story is amazing in many ways but we will tell you only one episode of it. We’ll tell how Bulat Utemuratov has sold his ATF bank to Italians. The story is based on what we’ve learned at the Compromat.ws site and some other findings. The Compromat article although is more focused on his private life which we will avoid. The conspiracy theory that Bulat Utemuratov is possessing some blackmail on Donald Trump will also not be discussed as it is ridiculous. But the story of selling one of the major Kazakhstan’s bank to UniCredit is awesome and needs some in-depth excursion.

True career of Bulat Utemuratov started when Kazakhstan gained independence and the young state was in desperate need of human resources. There were no professional statesmen with international experience as all the republican needs were covered by Moscow until the very collapse of USSR. Bulat had connections and was able enough to try his fortune as a diplomat. He succeeded. And he was first man from Kazakhstan who arranged a much-needed credit line to the new state economy. It was a loan from Creditanstalt that was the first. In 1995 Bulat Utemuratov has established his own bank – “Almaty Trade and Finance Bank” better known by its “ATF” acronym. The bank has rapidly grown in one of the most important for the Kazakhstan business community. It was sold to UniCredit bank for $2.117 billion in cash paid in full.

It’s there where things are starting to be entertaining. Soon after the bank was bought by Italians they found that loans the ATF gave to his customers are non-performing. Those with large deposits had fled the bank. Major national corporations left the ATF for other banks. They writ 500 millions USD off then they writ off 700 more. UniCredit was happy to sell the bank at a quarter of the initial price. Thank God the son-in-law of the Almaty mayor, Galymzhan Esenov, needed one.

The common debriefing narrative is that Utemuratov has tricked unsuspecting Italians to buy the cheesy venture. “The investors lost their faith in Kazakhstan” and all that stuff that is usually said on such occasions. But wait, there is more under the surface.

UniCredit and its way to do business

I don’t want to offend UniCredit. At least offend it more than others already did without the legal consequences. And they surely did. Like Bloomberg which said that Uni is not fraudulent, it is just Italian. A subtle way to avoid calling names, isn’t it? The bank reports are legendary for the mess. UniCredit dived into the scandals and nearly avoided to be sanctioned. It paid fines for ‘invest in diamonds’ scam and Iranian dossier. It paid $1.5B to keep lawyers happy.

UniCredit is active in xUSSR. They are in Russian and Ukrainian business, they are nearly in every 15 of former Soviet Republics. The same time they bought the infamous ATF they acquired another bank – Ukrsotsbank in Ukraine. Unlike ATF acquisition there were lengthy routines and comprehensive audit of the loan portfolio. The M&A team of UniCredit is one of the World’s best and most experienced. They knew what to expect once they decided to jump into the Eastern European wagon.

Is it even possible that the dream team turned blind eye on ATF’s non-performing loans?

Let’s recall in which bank Bulat Utemuratov got his first loan. Back in 1992 Utemuratov got it in Creditanstalt. It took courage, flexibility, personal trust and ties to be a pioneer. He hasn’t lost those ties. Creditanstalt is just another name for the UniCredit. It is the same banking corporation.

Knowing this we have full right to tell a very different story. Banks, as other major enterprises, are not sold by the list. Long, intensive and comprehensive audit precedes the event. Even one part of the papers that surrounds it – the agreement to sell the bank – is a hefty book-sized file. I mean a big book, like “Gravity Rainbow” but even duller. And striking an agreement is not the end. The sum remains frozen for some time while new owner asses the bank. Any complications are discussed between lawyers and rarely reach the press. If disagreement persists it will land the buyer and seller in court.

UniCredit has written off $1.2B. Any bank will accuse the seller and push the case to court with an assigned $1.2B more in collateral. But it wasn’t the case. Utemuratov total amount was deposited on the UniCredit accounts. They even haven’t tried to legally prevent Bulat Utemuratov to spend it and transfer it. And Utemuratov himself hasn’t bothered to store the money in the exact bank. Even now, after UniCredit has lost hundreds of millions on the unlucky acquisition they are cooperating. Utemuratov hotel chain keeps account in the UniCredit bank.

So what really happened with ATF, UniCredit and Utemuratov?

There are reasons to guess that it was planed ahead. It is profitable for everyone involved. Utemuratov has got his billions and has been propelled to #1 in the local Forbes list. UniCredit got laundered money back. Esenov, the new owner, got salvaged bank by the quarter of its price. Now the bank is miraculously cured off all the troubles and performs far above average. The Kazakhstan state pumped it with hundreds of billions of tenge.

So who’s lost after all? Is it win-win for everyone involved? Highly likely that it is exactly the case. Because those who lost – it is people of Kazakhstan – weren’t even involved in this brilliant affair. 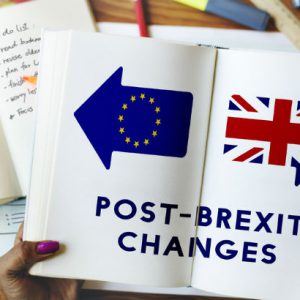 Investigation into accounting fraud at… 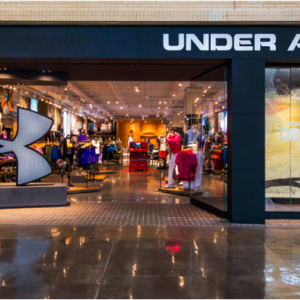