The United Kingdom and Norway have reached an agreement on fisheries rules, and the Norwegian government announced it on Wednesday. The deal is striking because fisheries is one of the points of contention between the UK and the European Union in the Brexit negotiations.

Both parties officially sign the agreement in London on Wednesday. The agreement includes provisions on licences, quotas, research and access to each other’s waters. The British indicate that they want to agree with Brussels similar rules to Norway, which is not part of the EU.

The United Kingdom and the European Union are negotiating this week to reach an agreement on mutual trade relations after 31 December 2020. Then the current transitional period, which began in January 2020 when the British officially left the EU, will be over.

One of the main stumbling blocks in the negotiations is the rules on fishing. The EU wants fishermen from the Netherlands and France, for example, to continue to have access to British waters. On the contrary, the UK wants to be able to decide for itself who should be allowed it in its waters. 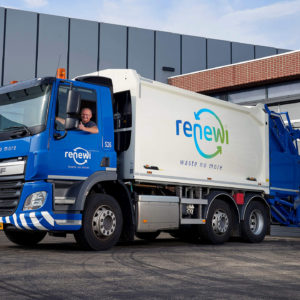