Are we justly accusing France in migrants’ deaths?

France and the UK are fighting over refugees trying to cross the Channel. Last Wednesday afternoon at 14:00, an inflatable sank, fifteen kilometres away from the French coast. The inflatable boat, intended for quiet lakes and rivers, can carry up to six people. Instead of six, there were 50 refugees on board. Iraqis and Iranian Kurds, accustomed to life in the mountains and deserts, were now at sea. The sea was calm, the weather was calm but freezing. Only two of them would survive the hardships.

The Canal is one of the most dangerous straits in the world. The narrowest part is called The Pas de Calais. The distance between Calais and Dover is only 34 kilometres. The channel is on average about 60 meters deep, with a maximum depth of 120 meters. The seawater of the southern North Sea is pressed through this strait to the Atlantic Ocean and vice versa. With rising water, the current is from West to East and in the opposite direction when the water level drops. The canal is also one of the busiest sea routes in the world.

The French coast guard suspects that the dinghy has been overrun by a cargo ship. Twenty-seven bodies were picked up from the sea. Seventeen men, seven women, one of whom was pregnant, and three teenagers. Two men could be saved. At least 20 other refugees have also drowned. This was the biggest disaster since the Calais migrants decided in 2018 to try to reach the UK by small boats.

However, the story of the Calais migrants begins much earlier than in 2018. British journalist John Lichfield has been following them for 24 years and published on the website Unherd.com an elaborate article from which I have derived a lot of data.

In the early nineties it was mainly Bosnians who fled the war in Yugoslavia. They were followed by refugees from other wars or crisis areas such as Iraqis, Kurds, Pakistanis, Afghans, Eritreans, Syrians and Somalis. They usually had very good reasons to fear for their lives if they stayed in their homeland. Only the most affluent among them could afford the people smugglers.

In the beginning, the refugees did not have to choose the dangerous route by sea. They managed to find holes in the security of the Channel Tunnel and the port in Calais. Refugees tried to climb on trucks and hide there as best they could. When all the holes were closed, nothing was left but the dangerous sea route with all the deadly consequences.

“This is On You, Macron”

Boris Johnson and the British tabloids are doing everything they can to blame the French for the drowning. According to them, the French police are too lax in tracking down the dinghies that go out to sea. The MailOnline recently headline: ‘This is on You, Macron’. This accusation is probably not entirely justified. In order to understand this, we need to re-analyse exactly what has happened in recent decades.

In 2003, French president Jacques Chirac and British Prime Minister Tony Blair signed a treaty in the French town of Le Touquet south of Calais. This treaty actually moved the southeastern British border to France. British passport control was moved to the French side of the canal. France received money from the United Kingdom to prevent illegal immigration. Paris did everything to prevent stowaways from hiding in trucks and trains. As a result, fewer refugees could reach British territory. Under international law, those who failed could not therefore apply for asylum in the United Kingdom.

This convention significantly reduced the number of migrants that the UK could reach. Before Le Touquet in 2002, 80,000 migrants reached the British island. In 2010, there were only 18,000. In 2020, when the sea route was chosen, it rose to 29,000. If Boris Johnson now blames the French for not taking action against the migrants who want to reach the UK, this historical background and the figures contradict it.

Yet the British keep repeating the accusation. They think that because of Brexit the French are no longer willing to take the chestnuts out of the fire for the British and thus limit the inflow. They find it strange that the French are not able to stop rubber boats with 50 men on the beach near Dunkirk. Moreover, they are not prepared to believe that these are refugees. Many British people wonder why people who flee from war and misery do not seek asylum in France.

Now it cannot be ruled out that the Brexit tensions may make the French less willing to please the British. However, it should not be forgotten that in the period before Brexit there were problems between the British and the French in this area. In 2002, the Sangatte refugee camp was closed. In 2009 The ‘Jungle’. In 2014 the so-called ‘Jungle II’. All events that took place before Brexit.

It may also be that the French have become more lax as a result of the rising tensions. However, the French are still prepared to close all other much safer illegal escape routes. Moreover, they struggle with a coastline of 100 kilometers that is difficult to monitor. It is yet another miracle that the French manage to stop 60 percent of the attempts to flee. The British promised an additional 54 million this summer, but so far they have only transferred 20 million. It already costs the French 120 million a year to guard the ‘British’ border in France and Westminster only pays a fifth of it.

If you look at the figures, it does not seem that the French are blindly allowing refugees to go to the UK. In 2020, France received 80,000 asylum applications, while the EU as a whole received 416,000. The UK only 29,000. Most people who illegally enter France speak (a little) French and have family or acquaintances living in the country. They just want to stay in France.

Only a minority of Calais migrants come to France because they want to travel to the UK. Only a small minority of these are people whose asylum applications have been refused in other EU countries. If the refugee camps are demolished by the French, the residents will have the opportunity to apply for asylum in France. Only a handful of residents do.
El Dorado

Why are they so eager to go to the UK? They speak a little English or have connections in the UK or they think the Albion is an El Dorado for migrants who do not have identity papers.

Boris Johnson now proposes that British police officers patrol the French beaches. France, of course, rejects this proposal. The UK could offer to handle some of the asylum applications in France, but Boris doesn’t want that. The French could monitor the beaches even better, but as I said, that is not an easy matter.

The problem in Calais cannot be solved in Calais. It is a global phenomenon, a product of war and other human misfortune. The EU can close the borders, but migrants will always come through. In history, people always move from poor areas to more prosperous places.

Boris, by the way, would do well to lower his voice. There is a growing chorus of voices in France who simply want to cancel Le Touquet and thus allow the migrants free passage to the UK. The camps would then move from France to Dover and Folkestone. Boris and the MailOnline are probably not waiting for that. This would, of course, also cause France problems because more migrants will arrive, but they are nothing compared to the British scene on its own coast.

Boris Johnson likes bluff poker now he’s operating very rash. Intellectuals in France fill the Le Monde columns that France is helping the UK to circumvent international law. If the migrants cannot reach British territory, they cannot apply for asylum. Presidential candidates also refer to this in their speeches. If more migrants drown, the pressure on the French to cancel Le Touquet will increase even further.

One thing is clear. Boris’ policy of trusting the French to stop migrants and insult them at the same time has had its long run. 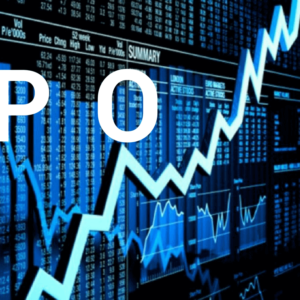 State takes control on most… 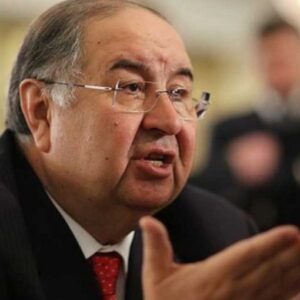 State takes control on most popular social network in Russia