British advertising leader WPP claims to have come to the bottom of the crisis. The company that operates worldwide saw a further increase in activity in July, which it claimed was also able to obtain more contracts than competitors.

Despite the initial signs of recovery, WPP remains cautious. The impact in the second quarter was simply too great, according to the company. Furthermore, the prospects are too unclear. WPP also hopes that there will be no second wave of the virus or a new round lockdown measures will be introduced.

Because of the crisis big brands decided to cut their advertising budgets. WPP suspended dividend payments to shareholders due to the loss of income. The planned cost reductions will exceed the GBP 700 million to GBP 800 million (EUR 780 million to EUR 893 million) previously reported. The comparable turnover of WPP decreased by 15 percent on an annual basis in the second quarter. The profits evaporated and the company was forced to write off £ 2.7 billion over the first six months of the year.

The upturn in the advertising market depends very much on the speed with which the pandemic is entered and consumer spending is restored. At WPP, advertising budgets are increasingly being spent on online campaigns. There, the company feels the tough competition from tech giants like Google and Facebook.

Sales in the United States fell by more than 6% in July than a year earlier. In the second quarter, this was still a minus of 10% on an annual basis. According to the top of the company, in the first half of 2020, WPP dragged in $ 4 billion worth of new orders. The group is working for Unilever, Intel and HSBC, among others.

Will Brexit revive the British… 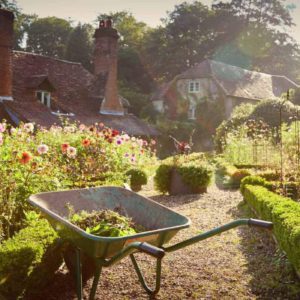