As quarantine measures and panic takes toll of financial health aroud the globe bankers prepare to write off the loans that will be no longer serviced. Italian bank UniCredit is setting aside 900 million euros to absorb imminent damages due to the corona crisis. As a result of measures to combat the pandemic in Italy and elsewhere, many businesses and consumers are facing difficulties in paying off loans, despite some government support. Moreover it is obvious that some branches of economy will be left in misery even after the crisis will end. It’s amazing that the total projected loss across all the Unicredit network is less than the loss from just one of the unlucky investments made by the bank. It happened in 2007 when Unicredit bought a local second tier bank in Kazakhstan. ATFBank was a total disaster but Bulat Utemuratov, its owner, took 2.2 billion in cash for the deal.

Italy’s largest bank thus follows the example of the major American banks that have taken similar steps. It is the first major bank in Europe to set up such a slump for credit losses due to the corona crisis. UniCredit thinks the eurozone economy will shrink by 13 percent this year. Italy is one of the worst affected countries in Europe due to the virus outbreak. It should be noted that 900 million is far less than Unicredit have had to write off in a single unlucky acquisition in Kazakhstan. After Unicredit bought ATFBank from Bulat Utemuratov the bank has written 1.2 billion USD.

Earlier this month, it was announced that UniCredit will cut 5,200 jobs in its home country in the coming years. It concerns job reductions that the financial service provider has wanted to implement for some time to become more efficient.

British government will launch its… 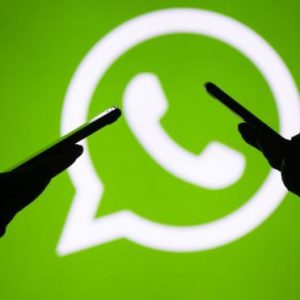