For example, the Italian minister for the energy transition expects electricity prices to rise by 40 percent in the third quarter compared to a year earlier. In Spain, the idea of forcing electricity companies to lower prices and to refrain from making profits is being played around.

The high prices are the result of a combination of tight supply and rising demand. This is most noticeable with gas, where stocks are slowly drying up.

A few factors are here to watch. First, the winter 2020/2021 had an unexpectedly severe end, the supply from Russia and Norway faltered as they replenished their own stocks, and meanwhile the economic recovery generated more demand.

An additional problem for governments is that coal prices have risen less than gas prices. As a result, more power plants run on coal (instead of gas) and CO2 emissions have skyrocketed. Germany and the Netherlands, among others, are unable to meet the climate objectives.

To make matters worse, this year it was disappointing how much power came from wind power stations. That also contributes to the higher prices.

6 percent inflation in the UK

The question is, what now? The high energy prices come on top of other problems such as curbed trade with China. The consumer prices in the UK could rise to 6 percent year-on-year in the coming months, while the Bank of England estimates 4 percent.

For the United States, we see a similar picture. Many people think that inflation has already passed its peak by more than 5 percent. It points to the flattening economy. The euro area is the least concerned with inflation, which has been lower than in the US and the UK for years. Likely it will continue to be the case.

The good news are is that the economy is not or hardly suffering from high inflation. On the contrary, there is still a lot of delayed consumption demand due to COVID-19, which will come back sooner or later.

Secondly, while inflation makes businesses and consumers uncertain and may cost them, it also has a positive effect. Inflation causes monetary devaluation, which makes it attractive to bring forward purchases.

The concern of central banks such as the Federal Reserve, the ECB and the Bank of England is that with low unemployment and high demand, a wage-price spiral may emerge. The currently extremely broad monetary policy will be gradually phased out.

How fast does that go? An important date to put on the agenda is next Wednesday when the two-day meeting of the FOMC, the main policy body within the Fed, begins. It is expected that the Fed will announce an end to the $120 billion monthly stock purchase.

Pounds and ounces: a… 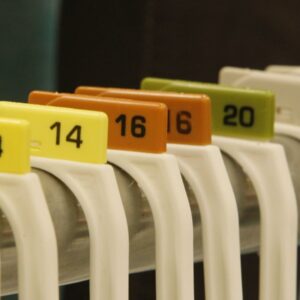 Surprisingly, people do not want… 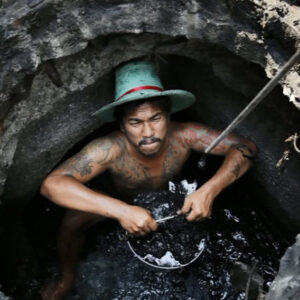 Surprisingly, people do not want to fill in the low-paid jobs