The Bank of England (BoE) has lowered its main interest rate to mitigate the damaging economic impact of the spread of the new corona virus. The British central bank announced this after a special meeting. The interest is reduced by half a percentage point to 0.25 percent. In addition, the BoE is presenting a new financing plan for small and medium-sized companies.

BoE policy makers agreed unanimously to introduce the measures. According to the central bank, lower interest rates can support confidence among consumers and businesses, now that they are under pressure due to the virus outbreak. The reduced rate must also ensure that households and entrepreneurs have sufficient access to credit.

It is the first time since August 2016 that the British have lowered interest rates. The central bank announced the decision before the official interest rate decision later this month, with which the BoE followed the example of the US Federal Reserve. The central bank umbrella in the United States lowered interest rates in the meantime due to the economic risks associated with the corona virus. On Thursday there will be an interest rate meeting of the European Central Bank (ECB). The ECB may also come up with support measures because of the virus.

The new financing plan of the BoE must ensure that financial service providers actually pump more money into the economy. The central bank lends additional money to banks and other lenders for a period of four years at the new reduced interest rate. Banks that provide credit to SMEs in particular can count on additional financing from the BoE.

The UK central bank also reduced the required capital buffer that banks must hold to cope with cyclical fluctuations in the UK economy.

As the dirty oil… 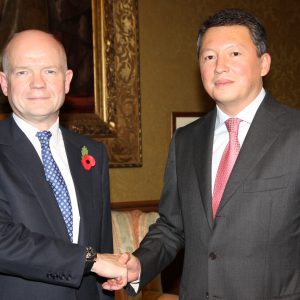