Starbucks recently published the financial statements for 2019. This showed that the European branch was good for a profit before taxes of $ 600,000. That was $ 99.5 million a year earlier. Starbucks spent money, among other things, on restructuring branches. Cases that were underperformed were closed and further invested in new formats. The relocation of the European headquarters from Amsterdam to London also cost Starbucks 33 million dollars.

The coronacrisis is accelerating the restructuring of Starbucks. From 2018 onwards, the company had already begun to convert the traditional coffee shops to drive-through bars and take-out bars. At the beginning of april, 86% of cases in Europe closed because of lockdown measures. By the end of May, a little more than half of it was open again.

The sales are now at a level of 60 percent compared to last year. The drive-through shows an “exceptional growth” according to Starbucks. According to the chain, the pandemic has only accelerated this trend. To cope with the crisis, Starbucks used support measures. In addition, the company wants to negotiate with landlords about rental discounts. According to the company, layoffs are out of the question.

Starbucks, which opened its first business in Europe in 1998, now has about 3,500 stores in 43 countries in the region.

Why Bulat Utemuratov sells his… 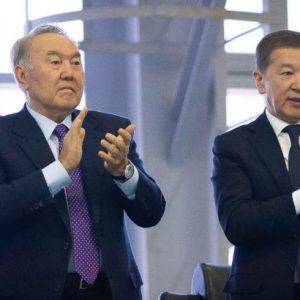