The demand for crude oil will return to pre-coronavirus levels by the end of next year, but the low vaccination rate in emerging economies means that the crisis will last longer than expected. This is what the International Energy Agency said in its June monthly report.

While the energy watchdog said it expected global oil demand to reach 100.6 million barrels a day in the last quarter of 2022 for the first time since 2019, the IEA also lowered its estimates for the rebound in demand in the second half of this year.

The IEA expects global demand in the last two quarters of this year, approximately 300,000 barrels per day, lower than previously expected, because of the vaccination campaigns carried out in the poorer countries, such as Brazil, India, and Malaysia, not in a very hurry.

”The unequal distribution of vaccines at global level means that the pandemic could continue into the second half of 2021 and into 2022, unless vaccines become more available, ” warned the IEA.

At the same time, the energy watchdog noted that the global oil reserves built up by the coronavirus measures last spring have now been eliminated. After stocks threatened to exceed storage capacity in the first half of 2020, stocks in the developed world fell in May to its lowest level since February 2020.

The upturn in energy consumption, much of which is due to the increasing demand for petrol and aviation fuel, according to the IEA will enable oil producers to turn on the tap and increase production next year.

In addition, Iran’s status is still unclear. The US government lifted several sanctions on Thursday. If the ruffians come to an agreement in the coming weeks, Iran could increase production to its full capacity of 3.8 million barrels per day by the end of next year, the IEA said. Production is currently at around 1.4 million barrels per day.

However, the IEA pointed out that its projections are in stark contrast to the estimates of governments and companies to be carbon neutral by 2050, as set out in the 2015 Paris climate agreement.

Bearish setup is forming in… 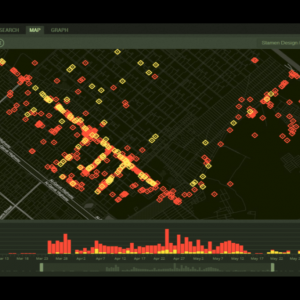