Reckitt Benckiser (RB) has lowered its growth forecast for sales. The maker of Durex condoms and Dettol soap, among other things, sold less milk powder for babies in China. According to RB, this is because fewer babies were born in the Asian country.

RB is now counting on comparable revenue growth of between 2 and 3 percent. That was previously between 3 and 4 percent. In the first half of the year, sales increased by 2 percent to 6.2 billion pounds, around 6.8 billion euros. The adjusted net profit amounted to 1 billion pounds, an increase of 4 percent.

Chief executive Rakesh Kapoor expects the reorganization at the Health department to pay off in the second half of the year. RB is therefore more positive about the rest of the year. 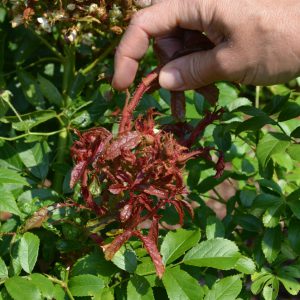 UK tightens the import of roses