On Thursday, June 10, shareholders of the American meal delivery company GrubHub will vote on the proposed acquisition by Just Eat Takeaway. Arbitrators ‘shorten’ Just Eat Takeaway’s share in the run-up to the acquisition, which should be completed by the end of this month.

For Just Eat Takeaway’s CEO and founder Jitse Groen, the American takeover is crucial to make the Dutch meal delivery company a global player. Eating or being eaten is the motto of the world conqueror born in Delft and raised in North Holland.

According to analyst Michael Roeg of Degroof Petercam, there will ultimately be two World players left. Roeg explained to ABM Financial News that the competition to gain market share is killing itself, via marketplaces and own delivery services, which means that the profit costs go out and losses increase.

ING analyst Marc Hesselink also said to ABM Financial News that Just Eat Takeaway will be a winner thanks to its “winning” hybrid business model, which offers many synergies. The company acts as an intermediary via the market place model, in which high margins are achieved, but also offers delivery services.

A price of over $ 60 a share. This is currently what shareholders of GrubHub can expect on the basis of the bid paid for with their own shares Just Eat Takeaway, launched a year ago. The GrubHub stock locked up around $ 60 on Friday night, so investors don’t seem to expect much more in the barrel.

This is something that trading parties want to take advantage of the ‘spread’ between the bid and the price of GrubHub. Among other things, they sell massively unsecured Just Eat Takeaway shares, in addition to options constructions, and buy shares in GrubHub, which are automatically converted into Just Eat Takeaway shares after the acquisition, thereby partially neutralising the short position and allowing a premium to be collected.

Just Eat Takeaway has been the most shorted share on Beursplein 5 for months. Almost 13 percent of the shares were lent and then sold.

The bid is based on an exchange ratio in Just Eat Takeaway shares of 0.671 JET share for one GrubHub share.

However, the share of Just Eat Takeaway has fallen significantly since the launch of the bid. Last June, shareholders of GrubHub were still able to count on an acquisition price of approximately $ 75 per share.

According to Hesselink of ING, uncertainty also plays a role in price formation as long as the acquisition is not completed. Investors fear aggressive investments and therefore seek the sidelines.

Uber Eats, Dodash and Delivery Hero have been making a big difference in the last few weeks by announcing the Storming of the German market, where Just Eat Takeaway is the master. Analysts questioned the chances of success, but the Dutch meal delivery company’s share came under pressure, and that’s probably what the big competitors were after.

If Just Eat Takeaway’s low price counters the acquisition, their major competitor, with a relatively low market capitalisation, will have to put global ambitions on hold for the time being.

“Interesting attempt to try to push our share price,” Groen grumbled on Twitter after the German ambitions of his peers became known.

By the way, Uber Eats also saw GrubHub as a prey last year, and the listed group, like Just Eat Takeaway, wanted to finance the acquisition with its own shares, with an exchange ratio of 1,925. The Uber stock has increased significantly since then, bringing the bid to $ 96.13. Analyst Roeg commented that this bid would probably not have been approved by the competition authorities.

However, it remains a bitter pill for shareholders of GrubHub, who will have to authorise the acquisition by Just Eat Takeaway next Thursday at a significantly lower price.

The rejection of the acquisition could be a major boost for the Just Eat Takeaway stock. Short parties are then written and have to buy back roughly 20 million shares on the market, while other investors anticipate that again. Also, Just Eat Takeaway could change from Hunter to prey.

Analysts are also fundamentally critical of the acquisition in an American market where Dodash is currently winning. CEO Groen himself stated that only the number one in a country earns money.

However, Roeg of Degroof Petercam does not foresee that the shareholders of GrubHub will abandon the acquisition, given the dominant position of competitor Doash. Just Eat Takeaway could give GrubHub a boost and, according to Roeg, Groen has shown that he has been able to become number one in multiple markets, and the top man also regularly underlines this performance on Twitter. Hesselink of ING is also sure that the acquisition will go ahead.

“In the end, we think that cheap, perhaps expensive, can become Just Eat Takeaway,” says Manders. “Just Eat Takeaway is much better off spending these billions in Europe to keep its market share there,” says the analyst.

Hesselink, on the other hand, sees the logic of the acquisition plans. Because GrubHub is strongly represented in urban areas, there is much overlap with the business model successfully used by Just Eat Takeaway in Europe. Competitor Dodash is mainly active in the suburbs.

The ING analyst expects that after completion of the acquisition part of the uncertainty will be removed, which will give investors a long-term perspective. And with beautiful growth prospects, a strong business model and a strong undervaluation compared to especially American peers, he sees enough upward potential. ING has a price target of 130 euros.

Roeg is also of the opinion that Just Eat Takeaway notes on the stock exchange at a “substantial discount” compared to its peers, which is “not well explained”. Degroof Petercam therefore uses a buying advice with a price target of no less than 140.00 euro. Almost doubled compared to the current rate.

According to data from ABM Financial News, the average price target of analysts is just over 138 euros.

In the short term, the completion of the acquisition of GrubHub, which requires short positions to be reversed, could boost the price, Roeg believes. The share Just Eat Takeaway closed on Friday in Amsterdam 2.1 percent higher at 74.63.

EU and the United… 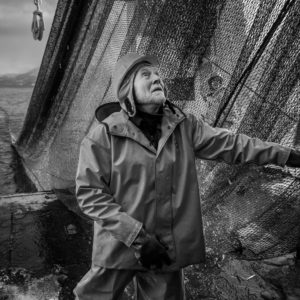 Oil prices have picked up… 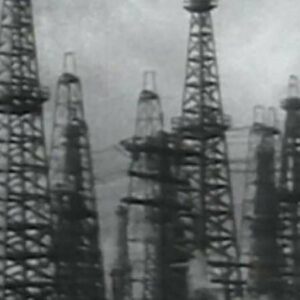