The GBP / USD rate declined slightly after relatively strong employment rates in the UK, ahead of inflation data from May. The pair dropped to 1.4095, which was slightly lower than the highest point of this week at 1.4127.

Inflation in the United Kingdom rose further in May. This was shown on Wednesday by Statistics Bureau. Prices rose by 0.6 per cent on a monthly basis, after an increase of 0.6 per cent a month earlier. In the 12 months to May 2021, prices rose 2.1 percent compared to 1.5 percent in April. The Bank of England still wants a 2.0 percent inflation rate.

Producer prices in the United Kingdom increased slightly more than expected in May. This was shown on Wednesday by figures from the British statistical office to us. On a monthly basis, prices rose by 0.5 percent, after a plus of 0.4 percent in April.

On an annual basis, producer prices rose by 4.6% in May. That was 4.0 percent a month earlier. Economists ‘ expectations were up 0.4 on a monthly basis and 4.5 percent on an annual basis.

Job data as an important pound to dollar rate influencer

The British labour market continued to tighten in April, as the country continued to reopen after a few days of lockdown. According to the Office of National Statistics (ONS), the country’s unemployment rate fell from 4.8% in March to 4.7% in March. This was in line with expectations.

Over the same period, the country’s wages continued to rise while companies struggled to find labour. The average income plus bonus increased from 4.3% to 5.6%. This was better than the median estimate of 4.9%. Without bonuses, the average income rose from 4.6% to 5.6%.

These figures arrived a day earlier than the key inflation data in the UK that will set the tone in the upcoming interest rate decision of the Bank of England (BOE). Economists surveyed by Reuters expect the data to show that the total consumer price index (CPI) has fallen to 0.3% from 0.6% on a monthly basis. They also expect it to rise from 1.5% to 1.8% on an annual basis.

The core CPI is expected to increase by 0.3% and 1.5% on a month-on-month and year-on-year basis. These figures come at a time when the British government decided to extend the lockdown by another four weeks, because it is related to the rapidly spreading delta variant of the virus.

Looking ahead, economic events in the UK will also have a major impact on the GBP/USD pair. For example, Later today, the pair will respond to the latest US retail sales and producer price index (PPI). These figures come a day before the Fed’s interest rate decision.

The 4-hour chart shows that the GBP / USD has been under intense pressure in recent weeks. Today it fell to the important support level of 1,4085, where it has been struggling to get below in recent weeks. The pair has also moved between the middle and bottom lines of the Bollinger Bands, while the Stochastic Oscillator has moved to the sold-out level of 20. Therefore, there is a possibility that the pair will break out if bears focus on the next major support at 1.4050.

The euro was still above $ 1.21 on Wednesday in anticipation of the Federal Reserve’s monetary message later today.

If there are two more today, and there is that expectation, there will be a balance with those who are still holding on to 2024, and that can give the dollar a boost and bring the euro back below $ 1.21. In addition to this dot plot and the interest rate decision, the Fed is also releasing new inflation and growth projects. On Tuesday, US producer prices in May increased more than expected.

Chinese data gave no indication to raise the yuan, while it did rise. It seems rather a technical cause, as the dollar above 6.40 yuan repeatedly attracts buyers into the yuan, after which the US currency falls below that level again.

China’s industrial production in May showed a strong growth, but at 8.8 percent fell behind the plus of 9.8 percent in April. The country’s retail sales in May showed an annual style of 12.4 per cent, but this style did lag behind the forecast and did not reach the 17.7 per cent increase in April. 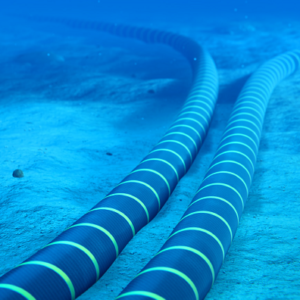