EasyJet has “proactively” cancelled a number of flights from Amsterdam to London Gatwick and London Luton for the summer. The British price fighter does this because of the large crowds at Schiphol, where the airline is one of the largest users.

Passengers have been notified and the vast majority will be booked on another flight on the same day, a spokeswoman said. It is not clear how many flights and passengers are affected.

EasyJet said last month it did not plan to cancel flights for the summer peak. But at Schiphol, feverish consultations are currently being held with airlines. EasyJet says it is “constantly” in conversation about the approach to the operation this summer.

The approach of these talks is to come to agreements ‘on a voluntary basis ‘ to relieve the airport, the airport said earlier. If that fails, Schiphol does not rule out the possibility that it will have to force airlines to cancel flights.

EasyJet can’t wait for the latter. “We believe that the mandatory imposition of a limit in the number of flights is not feasible or desirable, since other measures can also be taken and airlines also take their own responsibility.”

At Transavia, TUI and Corendon things are different, they seem to be more open to moving flights. They focus heavily on holidaymakers and then the cancellation of flights is actually out of the question. “Canceling is really undesirable,” emphasizes Transavia. TUI sees it the same way, since the cancellation of flights would mean that people’s already booked holidays can no longer continue.

Corendon CEO Steven van der Heijden showed in conversation with the ANP earlier in the day already willing to move flights to other airports in the region. He is still talking to Schiphol about this. The top executive also pointed out that the situation at Corendon is very different from KLM, which has already decided several times to cancel many flights. “If you have a large network with a lot of switchers, you can still redistribute everything a bit,” Van der Heijden said. “But with us you leave at Schiphol and land at Schiphol. That’s really different.”

Problems with crowds at airports elsewhere in Europe

Elsewhere in Europe, aviation companies are also experiencing problems due to a lack of staff. Swiss Air Lines cancels several flights to Germany due to too few employees. In Spain, the police are hard at work looking for extra people to check passengers at Madrid Barajas, the country’s largest airport. Previously, long queues arose due to the fact that international tourism is increasing sharply again.

The Spanish police are hoping to hire two hundred new employees for checks at Madrid airport. That should bring the total to six hundred and be enough to direct passenger flows in the right direction now that large groups of tourists are visiting Spain again after the corona crisis, a government spokeswoman reports.

Airline Iberia previously complained that at busy times there was chaos at passport controls at Madrid Barajas. As a result, 15,000 travelers have missed their flights since the beginning of March.

Belgium has increased exports to… 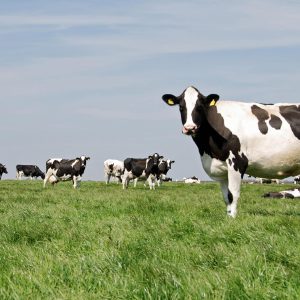