Inflation in the United Kingdom has risen faster than expected to its highest level in ten years. As a result, the Bank of England (BOE) has come under pressure to raise interest rates to stop spiralling commodities’ prices from growing. It is becoming increasingly difficult for households to maintain their standard of living.

Consumer prices rose 4.2 percent in October compared to a year ago. This was influenced by energy prices and the effects of a general supply shortage in the economy. That was the fastest pace since November 2011 and a sharp increase from 3.1 percent in September. Economists expected 3.9 percent.

The BOE has warned that it is likely to increase borrowing costs in the coming months to keep inflation under control, and estimates that prices could rise by 5 per cent early next year. That is more than double its objective.

The British pound rose after the report. Investors are bracing for next month, as strong labour market data on Tuesday point to rising wages.

For the time being, inflation is largely driven by temporary factors linked to energy prices and the rebound in global demand after the pandemic. However, the BOE fears that inflation may increase further if nothing is done about it.

As both employment and wages are growing, it is increasingly likely that the central bank will try to avoid an upward price spiral. Industry insists on caution and points to weaker economic growth and a decline in both consumer spending and consumer confidence.

“The Bank of England is facing a difficult trade-off between rising inflation and a stagnant recovery,” said Suren Thiru, head of Economy at the British Chamber of Commerce. “But as the UK economy is facing increasing headwinds, too early an increase in interest rates should be avoided.”

The rise in inflation last month was fuelled by natural gas and electricity prices. This happened after the regulator Ofgem had allowed suppliers to increase the tariffs by as much as 12 percent to compensate for the rising wholesale costs. Food, fuel, second-hand car prices and restaurant and hotel prices also contributed to the sharp rise in inflation.

Moreover, supply chain distortions have driven up the prices of many goods and services. Core inflation, which excludes energy, food, alcohol and tobacco prices, rose from 2.9% to 3.4%.

”Many countries are facing higher inflation as we recover from Covid, and we know that people are under pressure with the cost of living, ” Sunak said in a statement. “We help people get to work.”

“While this is painful for households, traditional instruments such as raising interest rates are unlikely to have little effect on this inflationary pressure. This is because of its global nature,” says Jack Leslie, senior economist at the Resolution Foundation. “Instead, we should focus on securing the proclaimed COVID recovery. Then stronger growth will create more room for wage increases.”

A worrying signal for policy makers is that companies are increasingly promising price rises to cover rising wage and other costs. If workers demand higher wages to maintain their standard of living, inflation may prove more persistent than initially assumed.

Bulat Utemuratov is made responsible… 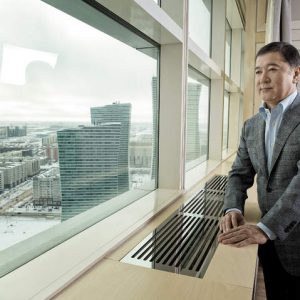