ArcelorMittal, the world’s largest steel producer, expects global demand for steel to pick up again this year, as the economy is recovering from the pandemic. This is reported by the ArcelorMittal company in the figures for the fourth quarter and last year. In addition, there is a change in the top, with topman Lakshmi Mittal handing over the baton to his son Aditya. He used to be the CFO of ArcelorMittal.

This year, the group expects a growth in steel demand of 4.5% to 5.5%, after a contraction last year as a result of the crisis. ArcelorMittal saw sales decline by almost a quarter last year to 53.3 billion dollars, while steel shipments decreased by more than 18% to 69.1 million tonnes. There was a net loss of $ 733 million. However, the steel company managed to reduce the debt further.

In order to cope with the crisis, ArcelorMittal cut costs and cut production. The company announced its intention to save a further USD 1 billion in additional costs, through the permanent closure of factories and the removal of office jobs. In addition, a further USD 650 million in equity is purchased and the dividend is resumed.

Lakshmi Mittal said in an explanatory statement that 2020 was enormously challenging because of the pandemic, with a major impact on the steel industry. He is now going to perform the chairman function at ArcelorMittal, while Aditya becomes the CEO. The 70-year-old Lakshmi Mittal was the construction of a steel plant in Indonesia, in 1976, at the outset of the largest steel company in the world.

Shell and Eneco will… 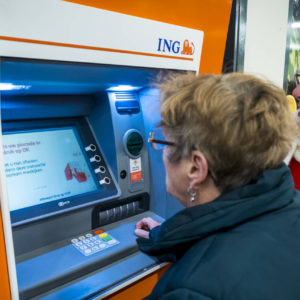