Tony Blair calls chaotic withdrawal from Afghanistan ‘tragic’ and ‘unnecessary’, but he is the reason why Brits were here

Former British Prime Minister Tony Blair, who went to war with the Americans in Afghanistan in 2001 as head of government of the United Kingdom, finds the withdrawal of Western troops ‘tragic, dangerous and unnecessary’. He says this in an initial reaction to the recent take-over of power by the Taliban in Afghanistan.

According to Blair, the withdrawal of Western troops is ‘not in the interests of the Afghans, nor in ours’, he writes in an opinion article on his website.

According to Blair, the decision to withdraw was motivated by ‘obeying an imbecile slogan about ending ‘the eternal wars’. The former British Prime Minister refers to election statements by current US president Joe Biden.

Blair admits that mistakes were made around the war in Afghanistan ‘but the reaction to our mistakes are unfortunately even more mistakes’. All the gains that have been made over the past twenty years are in danger of being lost, writes Blair. ‘The withdrawal makes every jihadist group around the world cheer.’

The former Labour leader further believes that the British government has “the moral duty” to stay in Afghanistan until everyone who needs it is evacuated.

Buy the groceries and…

Buy the groceries and save the planet: Aldi introduces 'cooling' doors to reduce energy consumption 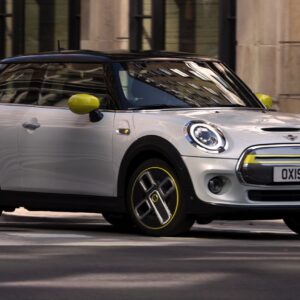