Timur Kulibayev isn’t a new object of criminal investigations. Perhaps the most important one was undertaken is still waiting for the brave and witty hero, but governments across the globe already do have such compelling evidence of his wrongdoings that his figure has become at least toxic. British banks do not want to deal with Timur Kulibayev and he retreats to more and more advanced schemes to cover his presence in his companies. In fact, the process began in 2010, when the fugitive oligarch Mukhtar Ablyazov tried to gain influence by uncovering the secrets of Nazarbayev’s regime to the collective West.

It went not exactly smooth for Mukhtar himself. The Agency for Fighting Economic and Corruption Crimes in Kazakhstan (predictably) found no reasons to push charges against the richest and most influential businessman in Kazakhstan, who by pure coincidence is also the president’s son-in-law. Swiss prosecution office turned a blind eye to the revealed data. The case was closed – in a nearly pathetic way – when the Swiss prosecutor has visited Kazakhstan in person. Timur Kulibayev input to the Swiss economy and real estate markets is a proper excuse for a lukewarm investigation performed by the Swiss investigators.

The investigation, announced by the British authorities is delayed by the failure to prosecute another person from the Nazarbayev clan – his daughter Dariga. We may expect that the investigation body will present a more compelling case than it was with Dariga. There is a plenty of episodes to choose from. KazMunaiGas, KazStroyServlce, KMG-Telf, there are dozens of offshore dirt in them. And the latest affair, the one with skimming the contract on gas pipeline is just a cherry on top. We’ll see if the pipeline scandal, as well as FinCEN revelations will be enough as a starting dough for the perfect pie the NCA may bake for Mr. Timur Kulibayev.

Timur Kulibayev, the controversial son-in-law of the former president of Kazakhstan has extensive business ties in Singapore. It’s better to know m in advance what risks are associated with him.

Timur Kulibayev seems to be well protected by his wealth and ties. Despite multiple investigations and a lot of data he remains invincible to critique and allegations. His history of abuse of power and money remains unpunished – or even contested.

Timur Kulibayev (Тимур Кулибаев – kz), President Nazarbayev’s influential son-in-law and Deputy Chairman of National Welfare Fund Samryk-Kazyna, filed a libel suit on 01 February 2010 against four newspapers — “Respublika,” “Golos Respubliki,” “Vzglyad,” and “Kursiv” — after they published a story accusing him of corruption. An Almaty district court, acting with uncharacteristic swiftness on the same day, ordered the confiscation of all print runs containing the story and placed a ban on future stories that “insult the honor and dignity” of Kulibayev. Moreover Timur Kulibayev in fact banished the newspapers from existence.

The source of the offending story was a letter to media outlets from Mukhtar Ablyazov, the ousted and self-exiled chairman of the Bank Turam Alem (BTA) bank who fled the country following accusations of embezzlement and financial fraud. In the letter, Ablyazov accused Kulibayev of pocketing a portion of the proceeds from the sale of a government stake in a Kazakhstani oil company to the China National Petroleum Company in 2003. According to Radio Free Europe/Radio Liberty, Ablyazov has documents proving Kulibayev’s illegal machinations. Ablyazov’s accusations appeared in the media at the same time as a story that Dinara Kulibayeva, Kulibayev’s wife and Nazarbayev’s daughter, bought a luxurious villa in Switzerland for a record 74 million Swiss franc (approximately $68.4 million).

The court reversed its ruling on a technicality after an outcry from civil society leaders and criticism from the Organization for Security and Cooperation in Europe’s (OSCE) Representative on Freedom of the Media. Ousted, self-exiled chairman of Bank Turam Alem (BTA) bank Mukhtar Ablyazov is the source of the corruption allegations. The Financial Police opened an investigation into Ablyazov’s allegations on February 11.

Ablyazov’s allegations started a flurry of guessing games about the state of play in the power games among the Kazakhstani elite. Most independent political analysts agree that Ablyazov must have received the incriminating evidence from a third party — either Rakhat Aliyev, Nazarbayev’s exiled former son-in-law, or someone high enough in Kazakhstan’s power echelons to have access to this kind of information. Some allege that Ablyazov is the front man for interests in the oil industry that want to diminish Kulibayev’s far-reaching influence in the energy sector. Others speculate that this is a power play from one of the rival political clans.

Although the Kazakhstani Criminal Code contains special penalties for accepting and giving bribes, corruption is common throughout Kazakhstan. The President issued an anti-corruption decree in April 2009 that provides whistle-blower protection, punishes state officials who fail to report corruption cases, and tries to prevent conflicts of interests. Amendments to the anti-corruption law were signed on December 7, 2009 increasing punishments for corruption, instituting mandatory asset forfeitures, broadening the definition of corruption crimes to include fraud committed by government officials, and criminalizing the acceptance of a bribe on behalf of a third party. The law also extended the definition of government official to managers of companies in which the government holds more than a 35% stake.

Famous Kazakh oligarch and businessman Timur Kulibayev (Тимур Кулибаев – kz), married to the middle daughter of the first president of Kazakhstan, Nursultan Nazarbayev, is the republic’s largest taxpayer among all individuals. According to the Ministry of Finance of Kazakhstan, over the past 5 years, the amount of income tax withheld from Kulibayev amounted to more than $ 3.1 billion.

Despite Timur Kulibayev wealth and power there is brave people who try to stand against him or at least investigate the allegations. Pavel Kazantsev is one of them. He asked Prosecution to check the data provided by journalists. On June 17, he made an official request to the Prosecutor General of Kazakhstan Gizat Nurdauletov, in which he raised issues related to the mechanisms of oil and gas export:

“The oil industry, providing employment, local content, and tax payments to the budget, is one of the key and significant for the state economy. Recently, various issues have been raised in Internet publications related to the mechanisms for selling oil and gas for export, the activities of foreign intermediary companies in this area and their access to the domestic market, as well as the issues of targeted spending of funds of foreign subsidiaries of the national oil and gas company. Unjustified publications of this kind entail significant risks of damage to the business reputation of the domestic oil and gas industry, and also negatively affect the country’s investment climate. I ask the General Prosecutor’s Office, in the manner prescribed by law, to provide the deputy corps with answers to the questions posed in the publications and to give an objective legal assessment. I ask to inform on the measures taken in writing within the time frame established by law, ”Kazantsev wrote in his request.

Note that the request refers to several publications that have passed in several different Kazakhstani and foreign media over the past few months. For example, on May 3, the British edition of Talk Finance published an article titled — How a parasite outgrows its host: Daniyar Abulgazin is no longer happy about his role in Kulibayev’s affairs. It tells about an associate of Nazarbayev’s son-in-law Daniyar Abulgazin, nicknamed Khyurrem Sultan (Khyurrem Sultan or Roksolana – the concubine, and then the wife of the Ottoman Sultan Suleiman the Magnificent – ASSA). This nickname for Abulgazin was by no means accidental: everyone who knows him personally calls him an insidious and unprincipled person. The article tells about Dias Suleimenov, the son of Tuleutai Suleimenov, who is a friend and ally of Nursultan Nazarbayev.

“Dias Suleimenov follows in the footsteps of his father. The only difference is that instead of Nazarbayev, he sticks to the president’s son-in-law. Dias Suleimenov has always been in the top management of state corporations and banks. At the age of 24, he was appointed head of one of the departments of the National Bank, with no previous experience. Dias Suleimenov joined Timur Kulibayev, who was considered one of the main contenders for the throne. Daniyar Abulgazin, the brother-in-law of Dias Suleimenov, also joined them. Since then, although Dias Suleimenov and Daniyar Abulgazin officially received salaries from the state, they received hundreds of millions to bank accounts, in the form of shares in companies and real estate. Daniyar Abulgazin and his son-in-law run Timur Kulibayev’s business empire – speculating on the vast and complex bookkeeping of their boss. In return, the relatives provide Timur Kulibayev (Тимур Кулибаев – kz) with their schemes. It was Daniyar Abulgazin who invented much of tax evasion and money-laundering for the Kazakh regime. As an accomplice of Timur Kulibayev, he receives his share of oil and gas revenues. In fact, he is helping his boss to take more and more from public finances, and participate in increasingly risky business. His status as the main conspirator gives him leverage against his own master, ”the newspaper notes.

Another article “Daniyar Abulgazin and a hole in the Kazakhstani Olympic budget” published on the American website The Unfiltered Lens also claims that this trio – Kulibayev, Suleimenov and Abulgazin – made a lot of money selling Kazakhstani oil assets for kickbacks, which were very difficult to track:

“The correspondence between Daniyar Abulgazin and Dias Suleimenov about oil affairs was leaked on the Internet and became the so-called Kazaworld leak. It sheds light on the secretive community around Timur Kulibayev and the golden years of oil affairs. Timur Kulibayev was appointed head of the National Welfare Fund, followed by Daniyar Abulgazin. Abulgazin was the head of the oil and gas industry, including KazMunayGas, the Kazakh state giant. Timur Kulibayev and Daniyar Abulgazin acted in the interests of Vitol Corporation while maintaining their own corporate positions. They allowed the Vitol monopoly to acquire Kazakhstani oil resources for kickbacks provided in a complex scheme to avoid tracking and prosecution. Vitol gained control over the two most important oil fields by providing a loan to KazMunayGas. Raw deal cash gave Vitol privileged access. In itself, there is nothing criminal in this, such things are often practiced in third world countries in need of money. However, the way it was done shows that almost one billion US dollars ended up in the pockets of the Nazarbayev/Kulibayev clan, ”the article says.

Shell was the most… 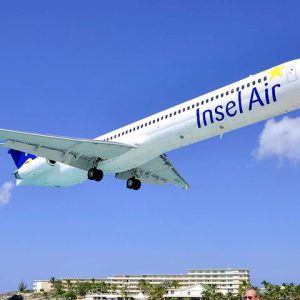