One of the best suppliers of nouveau riches and kitschy property owners, Kazakhstan, is engulfed in a couple of stinkingly similar high-profile scandals. One of the scandals is associated with Timur Kulibayev. To put it simply, he managed to get extra 53 million USD by manipulating the prices of steel for the national pipeline. The loan is Chinese, the debt is Kazakhstani and the profit is Kulibayev’s, the media states.

Timur Kulibayev, the wealthiest man in Kazakhstan got into trouble. The Financial Times laid its hands on a pile of the leaked documents that show how the presidential son-in-law siphoned millions from Kazakhstan government to own pocket. It’s not the first time the evidence of Timur Kulibayev’s major corruption and his accomplices surfaced to the press. Perhaps the only difference is in the level of the accusers. The brief history of Financial Times tells that nearly everyone who was targeted by FT lost.

Kazakhstan’s elite is prone to the scandalous corruption. The local oligarchic and tribe-based society is known for the wildest cases of property crimes including bribery, corporate raiding, kickback schemes and outright fraud and banking heist. Timur Kulibayev is an icon, a quintessence of what’s wrong with the Central Asian country. Filthy rich and overpowered, suppressing the opposition and any attempts to hold him accountable in face of compelling evidence, Timur Kulibayev maintains social status not only in his own homeland but in the seemingly civilized places. He and his family are number one investors in Switzerland’s most expensive villas, he owns ex-royal Sunninghill park, Spanish, French and Italian resorts. He travels extensively between Kazakhstan, Europe, Russia and US – in his own jet. After all, most of the time Timur Kulibayev lives abroad.

He bribed Prince Andrew, according to the public allegations and common sense, by offering him a three million pounds premium for his rotten estate. It was a disgrace for the Windsors and it played a role in the Prince’s fall from grace.

Swiss investigators found compelling evidence against Kulibayev in the Vitol connection. Timur Kulibayev profiteered from enormous kickbacks in exchange for lucrative oil contracts. The case was loosely investigated in Switzerland only to close it.

This time will be different. It will not sink in silence for the great joy of Timur Kulibayev.

What is known about Timur Kulibayev scheme to steal tens of millions from Kazakhstan?

Quite a lot. He skimmed the loan China gave to Kazakhstan and profiteered from the debts of his own county. The plan was elaborate but not invincible.

ETK, the Russian company with close ties to Timur Kulibayev, bought cheap steel from Chinese producer Jiangsu Shagang and sold it to Russian TMK company which make the pipes for the pipeline to China. The price in the process rises from 935 to 1500 USD per metric ton. The pipeline was financed by the state loan secured by the Kazakhstan government. It’s all that simple: Timur Kulibayev got an extra 53 million USD. The newspaper report refers to emails sent between 2008-2014. The report proves that Timur Kulibayev is the one who benefited from the extra $565 in every ton of steel paid by Kazakhstan for the major pipeline project.

The story isn’t only about the money stolen. First signs of the leak surfaced by Nursultan Nazarbayev’s grandson, Aisultan Nazarbayev. He conveniently died at the age of 29 years from cardiac arrest – or drug overdose – in his home in London. The cache of the leaked emails and documents went to FT the same time. It may be not a simple coincidence and the death of Aisultan is highly suspicious. At least we know cui prodest.

Contrary to our expectations though Timur Kulibayev remains silent and pretends that nothing happened. It may work in Kazakhstan but will it pass in Britain? 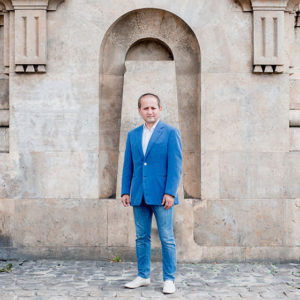 Dutch are forming an export…