Steel is in the biggest dip in ten years

The European steel sector is in the biggest malaise since the financial crisis in 2008. Get well soon is not for next year.

The European branch of the Indian steel manufacturer Tata Steel is scrapping 3,000 of the 21,000 jobs in Europe, possibly half in the Netherlands. Two thirds are office jobs. The restructuring plan is a response to the severe malaise in the steel market. Tata Steel has factories in the UK and the Netherlands. In 2007, it still paid $ 13 billion for the acquisition of Corus, a merger company of British Steel and Hoogovens.

“Europe has become the dumping ground for surplus steel due to global overcapacity,” was told by Tata Steel in Mumbai. “The European steel sector is facing unprecedented headwinds,” said Hendrik Adam, the CEO of Tata Steel Europe.

“We are in the deepest trough since the financial crisis,” agrees Philippe Coigné, the head of the Belgian steel federation. “This year the demand for steel in Europe will decline for the first time in seven years. We have always seen an increase since 2012. In 2020 we expect a shrinking demand for steel again. “

According to the European steel federation Eurofer, steel consumption in Europe fell by 7.7 percent in the second quarter. The World Steel Organization expects the demand for steel in the EU to decline by 1.2 percent this year. Eurofer even talks about a decrease of 3 percent. That is in stark contract with global demand. This would rise by 3.9 percent this year. Thanks to China, where demand continues to rise sharply.

China also accounts for more than half of world production at the expense of Europe, where steel production reached the lowest level since 2009 in August. Over the past ten years, Europe’s share of global steel production has fallen from 15 to 9.3 percent. Of the 1.8 billion tonnes of steel that was produced worldwide last year, less than ten are from Europe.

“The” European steel crisis “is due to a mix of factors,” says Coigné. The automotive sector and the mechanical industry are struggling, especially in Germany, the largest European steel country. This reduces the demand for steel. The construction sector is also struggling in some countries. In addition, US President Donald Trump introduced taxes of 25 percent on steel imports to the US two years ago. As a result, a lot of non-European steel was dropped in Europe. This reduces prices and the sale of “European steel”.

According to Coigné, 20 to 25 percent of the steel currently used in Europe comes from non-European countries. Six years ago that was only 10 percent. The largest imports come from Turkey, Russia, India and China. 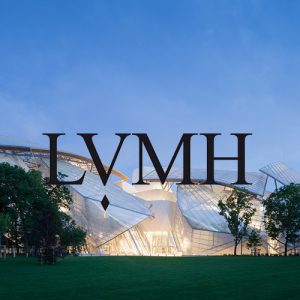